Until 10 years ago, Sulagitti Narsamma was a name only people in a rural village in
Karnataka knew. But today, it has become synonymous with safe delivery of babies in Indian villages.

TUMAKURU: Until 10 years ago, Sulagitti Narsamma was a name only people in a rural village in
Karnataka knew. But today, it has become synonymous with safe delivery of babies in Indian villages.
The nonagenarian mother of 12 and grandmother of 22 who has been awarded this year’s Padma Shri award, helped deliver more than 15,000 babies during her years as the go-to midwife of Krishnapura, a remote village in Pavagada taluk in Karnataka. 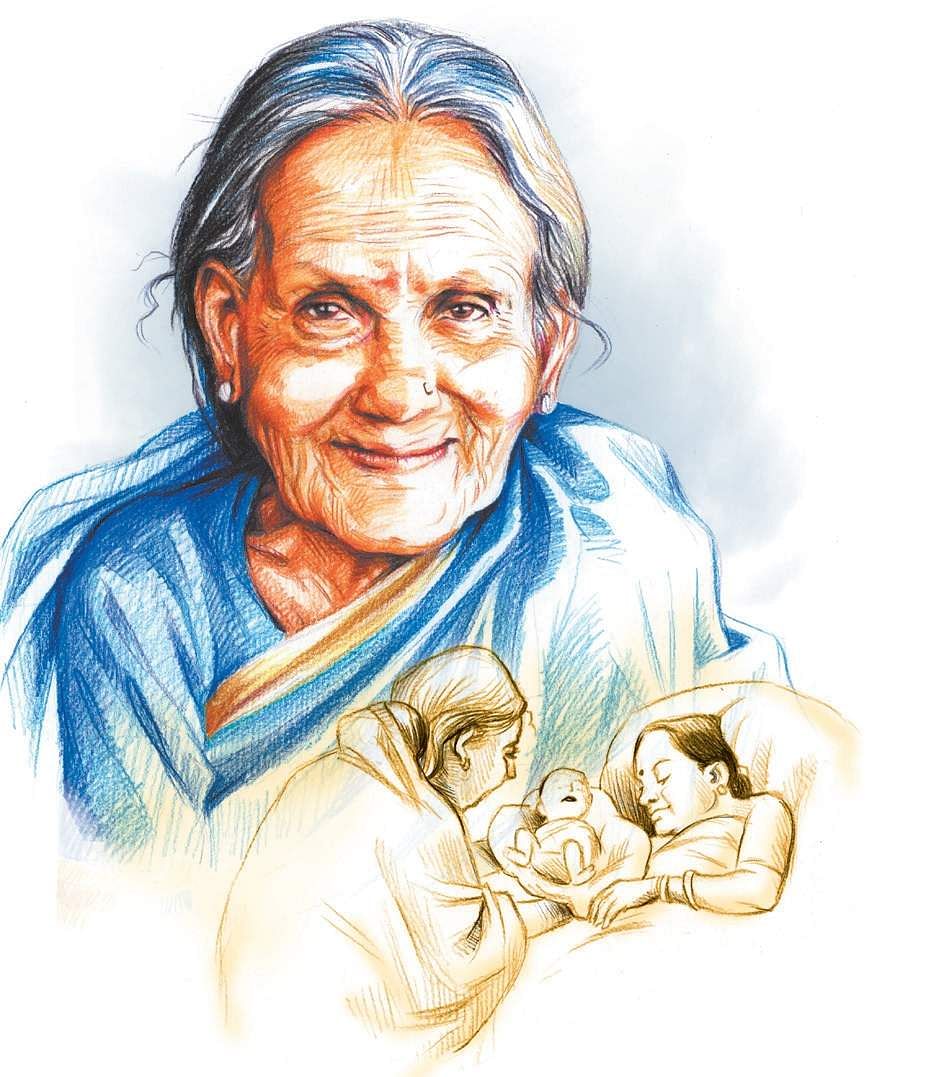 It is not surprising that word of Narsamma’s feat never went outside of the confines of her village. Though situated on Bengaluru-Hindupura-Pavagada highway, the village does not have access to cable TV – there are only two houses with dish antennas. Only school teachers here read newspapers.

But all that changed in 2007 when she she was spotted by prominent writers Annapoorna Venkatananjappa and Ba Ha Ramakumari, that too by coincidence. The duo saw that a grey-haired Narsamma was scolding her son Pavagada Sriram for admitting his pregnant wife to a private nursing home for delivering their child. It was only a matter of time before the duo understood what the woman had achieved.

The writers then nominated her for the district-level woman achiever award. The award opened a floodgate of more accolades for the woman, who only speaks Telugu. In 2012, she was awarded the Karnataka government’s D Devaraj Urs award, a year later it was the Kitturu Rani Chennamma Award and the Government of India’s Vayoshreshta Sammana. The year 2014 was even better.  Sulagitti

Narasamma now became Dr Sulagitti Narasamma, thanks to an honorary doctorate she received from
Tumkur University. Now, the country’s third highest civilian award the Padma Shri is to be conferred on her in New Delhi on March 20.

Runs in the family

Narasamma says, “I learnt the art of delivering babies from my grandmother Marigemma who also helped me deliver five of my babies.” Her grandmother, who hailed from Madakashira in neighbouring Andhra Pradesh, was also a midwife. Dr Narsamma remembers that her grandmother trekked more than 9 km to meet her in Krishnapur. “She used to bring me nutritious food which was gifted to her by families,” she recalls.

Her family members believe that Narasamma had one more opportunity to hone her skills. They say that members of various nomadic tribes used to come to the village and take shelter. She was kind enough to help them too; in return, she learnt the art of preparing natural medicine for pregnant women. That too played an instrumental role in her success, they say. She has a special talent of checking the pulse of a foetus, its health and position of its head.

‘Sulagitti’ in Kannada means delivery work. Narasamma assisted in delivering her aunt’s baby in 1940 when she was 20 years old. From then on, assisting childbirths became her forte. Narasamma and her husband Anjinappa had 12 children – four of their sons died at a young age. She has 22 grandchildren.

Narasamma not only helped her community members, but also helped all of her four daughters deliver their babies. She was there to help her first daughter Anjinamma, who is now no more, when she was having her baby. A year later, Anjinamma assisted Narsamma in delivering her 12th child – Pavagada Sriram – using the skills she had learnt from Narsamma!

One of Narasamma’s daughters-in-law says, “My mother-in-law oversaw all our deliveries and my daughters’.” Pointing at seven-year-old Ram Charan, who was playing with other kids, a resident Ramanjinappa (55) too claimed that Narasamma helped two of his daughters Nagaveni and Padma deliver babies.

Secret of her health
Despite the tiring nature of her work, Narsamma has managed to keep fit and is always available whenever needed. Ground nut, which is abundant in Pavagada, chutney and the rice, is what she depends on for her energy. In addition to that, millet roti and ‘chakana’, a meat delicacy, keeps her going. Although in her 90s, she does not use glasses, and all her faculties are still strong, claims Sriram.