The lynching incident occurred on Friday when the four men, while on their visit to a local lake, halted for lunch in Handikere, on the outskirts of Bidar.

BIDAR/BELAGAVI: Two days after a mob lynched Mohammad Azam Usmansab (28) from Hyderabad, suspecting him to be a child-lifter,  in Murki village in Bidar district following rumours spread on WhatsApp, Prabhu Chavan, BJP MLA from Aurad, came in support of the mob claiming that the victim
was not lynched but died in an accident. 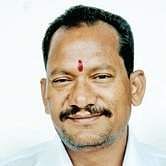 Chavan, who visited Handikere village on Sunday where the victims distributed chocolates to schoolchildren, said, “The youth was not lynched but died of injuries he received when the car overturned. The four from Hyderabad were child-kidnappers and I am 100 per cent sure about it.”

Backing his claim, he said, “Why would they distribute chocolates to children by halting their car? I have spoken to many people in the tanda (a hamlet) where the four stopped their car and tried to kidnap children by offering chocolates. I want the police to investigate the incident seriously and release those arrested immediately as they are all innocent.”

Meanwhile, tension continued to prevail in Murki village. In all, 34 people have been arrested on charges of attacking and killing Usmansaab. According to the police, two WhatsApp group administrators—Manoj Biradar and Amar Patil—were among those arrested.

The police are on the hunt for several youths who fled the village fearing arrest after the lynching. They are trying to identify the culprits with the help of video-clips of the mob attack. A heavy police deployment has been made in and around the village.

The lynching incident occurred on Friday when the four men, while on their visit to a local lake, halted for lunch in Handikere, on the outskirts of Bidar. When Ismail, who returned from Qatar recently, offered chocolates to school girls there, the locals mistook them for child-lifters. They assaulted the occupants of the car with stones and sticks and Usmansaab died in the attack, police said.

According to eye witnesses, the mob dragged Usmansaab from the car and attacked him. Mohammad Salman Alinur, Talha Ismail Qureshi and Noor Mohammad Sadiq who also, were attacked along with Usmansab and sustained injuries, are stated to be out of danger. They are being treated at a private hospital in Hyderabad.

The Kamalngar police have registered cases against Navanath alias Kalidas Lide, Amar Patil, Ravi Barole, Kamal Bai Sakare, who hail from Murki tanda, Anil Rathod from Handikera tanda and another 150-200 people. Police said the accused had attacked the Kamalnagar CPI, PSI and police constables and prevented them from rescuing Mohammad Salman, Ismail Qureshi and Noor Mohammad by pelting stones at them.