Ahead of Kar Hunnime celebrations, kites adorned the skies, delighting everyone

GADAG : Some days after May 10, when Karnataka went into lockdown, there appeared in the skies of Gadag a sight not seen for around four decades. Large kites made of bamboo and weighing over 1kg, soared high, to the delight of everyone who saw it.

People fly kites in many parts of North Karnataka ahead of the Kar Hunnime festival which usually falls in June. The weeks ahead of the festival would have been a busy time for kite makers had the second wave of Covid infections not been so virulent and widespread. But as cases began to go up in April, several kite makers delayed production due to fears that the government may pose restrictions on the celebration of Kar Hunnime which falls on June 24 this year. 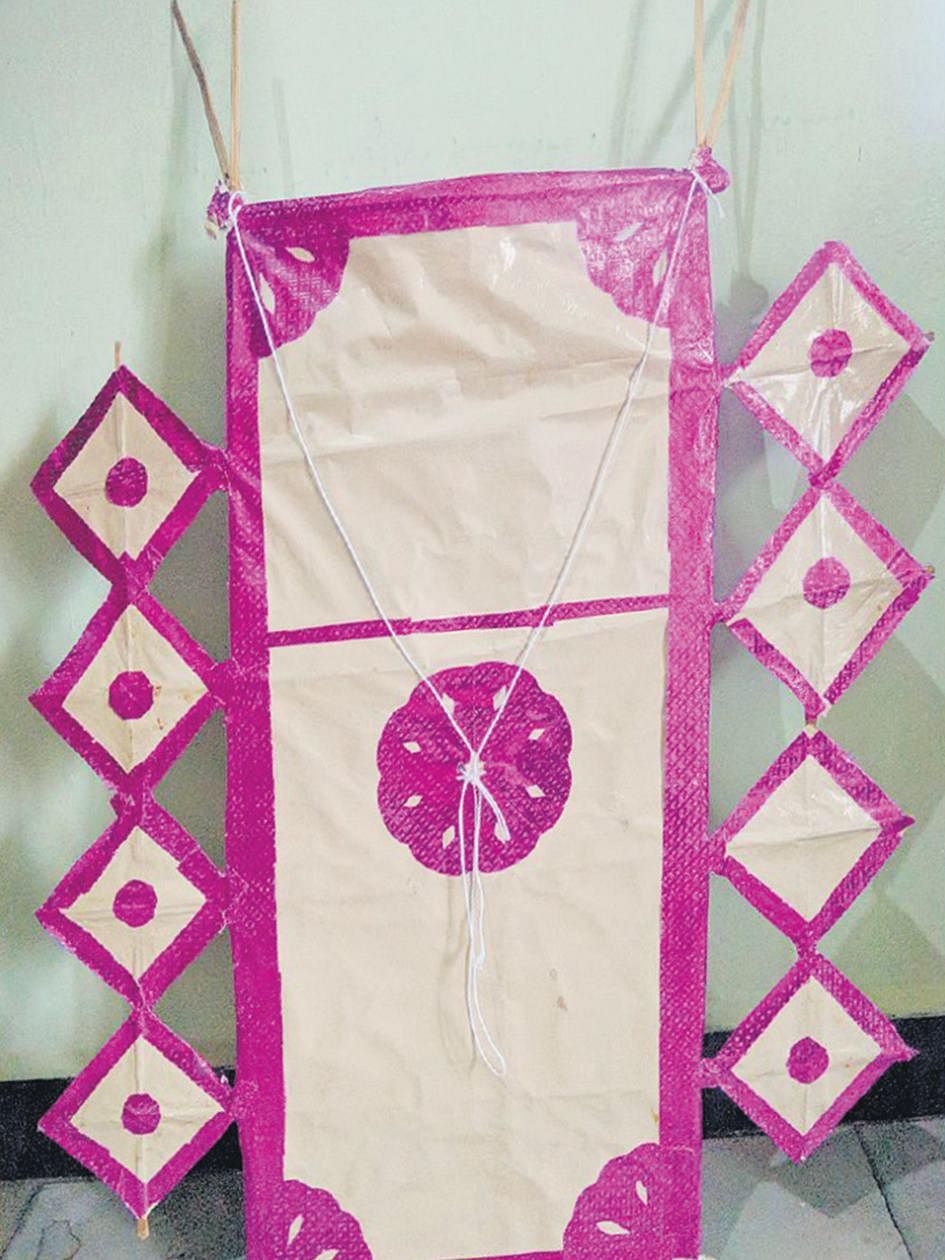 Shankar Kondikoppa, a plastic kite manufacturer from Gadag says that production would begin in April, so that kites could be supplied to the surrounding villages and towns. “We hadn’t started making kites
yet. But this time too, we lost business as we don’t know if the lockdown will be extended after June 6,” he says.

With kites unavailable, many people in Gadag and Betageri have begun to make kites as they used to, a long time ago. It is mostly people in their sixties who remember how they are made and are passing on the knowledge to younger generations, especially children who haven’t had regular school for months.

“Our children were very upset this year because they missed the enjoyment of flying kites. So we thought of techniques we used back in the 1960s and 70s. I contacted some of my friends and confirmed the techniques we used to make bamboo kites,” says Loknath Nellur, an elderly man living in Ron with his family.

Generally, plastic kites -- which were available in shops in the district for Rs 10 – weigh about 20-30gm, while those made by professional kite fliers could weigh upwards of around 300gm.

But making traditional kites fly is no mean feat. It’s an exercise in, well, exercise and team work. “We decided to make a big kite – four feet long and two feet wide. It weighs over 1.5kg, and took us four days to make,” Loknath says.

Some of Loknath’s friends also made kites two and three feet in length and they tried flying them. “We were successful and called the children to handle it. Though it’s a little heavy for them, the children enjoyed flying the kites,” Loknath says.

To find bamboo, people simply head to Nargund taluk, where it grows wild. Other materials include what they call maida gum (acacia brown gum), and thin cotton cloth (from a dhoti), and “catty dhara” a term referring to Cat Thread 10, which is what the locally available thread suitable for kite-flying is called. The tail of the kite includes a piece of jute cloth along with cotton. Since the kites are large and heavy, they require two or three people to launch them into the air.

“We all enjoyed flying the big kites this year as we need more strength to hold them. Due to the cyclone, winds were also strong and the kite went up in a minute. We’ve also decided to make more kites of this type rather than using polythene kites,” says Charan Nayak of Ron, who flew a traditional kite around four feet long and two feet wide with his friends Prashant Kuri, Samarth Divgihalli.

Ajit Hombali of Gadag made small kites using bamboo sticks with his family. “Due to the nonavailability of polythene kites, many are using bamboo kites this time. We had stopped kiteflying after plastic kites entered the market. We don’t get that old paper-and-bamboo-kite enjoyment with the plastic ones. This time, I enjoyed flying paper kites and bamboo kites with my children,” Ajit says.

Octogenarian Yogesh Kundagol from Gadag says, “Those were the fine days in the 60s and 70s when we flew kites made of bamboo. Those were replaced by paper kites which were also eco-friendly. But after the 90s the plastic kites entered the market and children who used to make paper kites on their own switched to buying plastic ones.”

In the 60s and 70s, people flew kites made out of bamboo

Generally, plastic kites -- which were available in shops in the district for Rs 10 – weigh about 20-30gm, while those made by professional kite fliers could weigh around 300GM