A 23-year-old woman was allegedly set afire by her husband and in-laws over dowry in Dhaneswarpur village within Rajnagar police limits on Sunday night.

KENDRAPARA:  A 23-year-old woman was allegedly set afire by her husband and in-laws over dowry in Dhaneswarpur village within Rajnagar police limits on Sunday night.

As per an FIR filed by the victim’s father Brahmananda Sahoo with Rajnagar police, his daughter had married Bikram Das two years back. At the time of marriage, Brahmananda had given Rs 1 lakh as dowry.

However, the victim’s husband and her in-laws demanded more dowry and tortured her physically and mentally. Bikram was a drunkard and used to quarrel with Rasmita frequently. 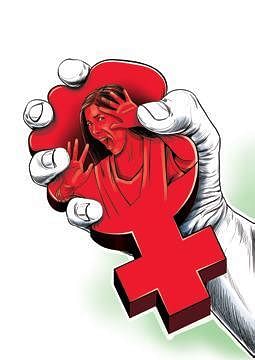 Brahmananda further stated that Bikram, his parents and brother doused Rasmita with kerosene and set her afire.

Acting on the FIR, police rushed to the village to arrest the victim’s husband and her mother-in-law Bharati Das, sister-in-law Madhabi and brother-in-law Binod but managed to flee.

Rajnagar IIC Tapan Nayak said a case has been filed against them under sections 307, 498 A and 406 of IPC and section 4 of Dowry Prohibition Act.

“We are raiding several hideouts of the accused to arrest them,” he said.

The victim, Rasmita suffered 80 per cent burn injuries and her condition is stated to be critical.

She is battling for her life at SCB Medical College and Hospital, Cuttack.

Meanwhile, around 500 villagers, including women, blocked the main road at Rajnagar on Monday and demanded the immediate arrest of all the accused. Senior officials rushed to the spot and pacified them, informed the IIC.