AMID the Covid-19 health pandemic, the Odisha Fire Service personnel have helped the West Bengal government restore normalcy in the cyclone-hit Kolkata in less than two weeks.

BHUBANESWAR:  AMID the Covid-19 health pandemic, the Odisha Fire Service personnel have helped the West Bengal government restore normalcy in the cyclone-hit Kolkata in less than two weeks. Extremely Severe Cyclone Amphan that hit Bengal coast on May 20 wreaked havoc in the neighbouring state snapping cables, twisting electric poles and uprooting thousands of trees. The Odisha Fire Service personnel combated the devastation and helped the Bengal government complete the restoration process in just 13 days for which the city, now, has returned to normalcy. 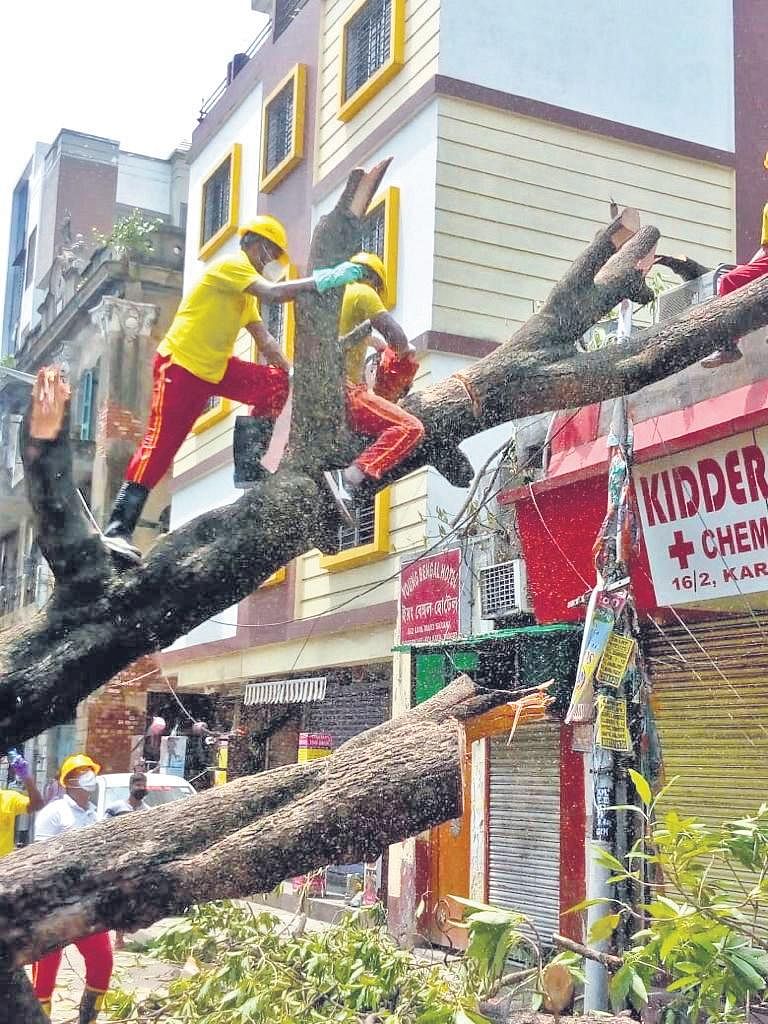 Communication have been restored, while vehicles have started plying. The 372-member Odisha Fire Service team headed by Chief Fire Officer Maheswar Swain reached West Bengal on May 24 to undertake restoration work and were able to remove 2,070 fallen trees and electric poles at 515 places which were obstructing communication in Kolkata city and its adjoining areas.

The team were divided into 30 sub-teams each headed by one station officer that worked in 16 boroughs of Kolkata. Six sub-teams, that worked under the Howrah Deputy Commissioner of Police, cleared all the main roads within two days including the premises of Police Headquarters, Government Hospital and Circuit House by removing fallen trees, damaged electric poles and snapped cables. They then cleared all sub-ways in Kolkata. After May 30 the teams were engaged in removing the trees which were surmounting over different buildings, structures and huts.

Stay up to date on all the latest Odisha news with The New Indian Express App. Download now
TAGS
COVID 19 Odisha Fire Service