Actor-Turned politician J K Rithesh alias Sivakumar and six others, including his wife, were booked on Tuesday on charges of cheating a US citizen of Indian origin of `3 crore promising him land near

CHENNAI: Actor-Turned politician J K Rithesh alias Sivakumar and six others, including his wife, were booked on Tuesday on charges of cheating a US citizen of Indian origin of `3 crore promising him land near Sriperumbudur in 2014. 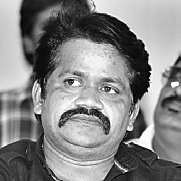 The Central Crime Branch of city police filed the FIR after the complainant S Athinarayanan moved the Madras High Court on a contempt petition that despite an earlier order by the High Court to probe the complaint the police refused to file an FIR.
In his complaint Athinarayanan had said he had moved to Chennai from the US because of his son’s health.
He subsequently got introduced to Rithesh who lured him to hand over the money, promising him higher returns.

The complainant alleged that Rithesh promised to return within three years double the money by investing it in a business.
Rithesh never returned the money and had given three cheques which bounced when deposited in banks.
A separate case on this was pending before a court in Poonamallee.
Last August, the Madras High Court directed the Chennai police to file an FIR and probe the case. But as the police refused to file the FIR despite the High Court order, Athinarayanan again moved a contempt petition last month and the court directed the police to file the FIR within four weeks.
Finally complying with the Madras High Court order, the Central Crime Branch filed the FIR on Tuesday against Rithesh on charges of cheating.