The US Navy veteran, Adam W Purinton, who killed Hyderabadi software engineer Srinivas Kuchibhotla, at a bar in Kansas in the US, has been sentenced to life imprisonment.

HYDERABAD: The US Navy veteran, Adam W Purinton, who killed Hyderabadi software engineer Srinivas Kuchibhotla, at a bar in Kansas in the US, has been sentenced to life imprisonment.

He was charged with first-degree murder of Kuchibhotla, 32, and two counts of attempted first-degree murder in the shootings of his friend, Alok Madasani, and a bystander Ian Grillot, who chased Purinton after he fled the Austin’s Bar and Grill in Olathe city on February 22 last year. 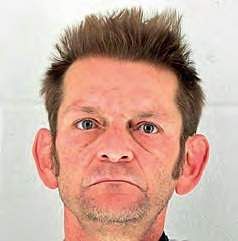 Purinton has been sentenced 165 months imprisonment on Friday for each of the two murder charges and would be eligible for parole in 50 years. He is also facing federal hate crime and firearms charges which could result in death penalty. In March 2018, Purinton pleaded guilty to the charges of murdering Kuchibotla.

Witnesses said that the white American yelled 'Get out of my country!' before firing at Srinivas and his friend Alok Madasani. Both of them stopped at Austin's Bar and Grill in Olathe, Kansas for a drink after work. The duo were working as engineers at Garmin.

A sad, yet strong Sunayana Dummala, wife of Srinivas, in a video message to the media shared that though the judgment will not bring back her husband, it is a strong message that hate will not be accepted. "Today's sentencing in the murder of my husband will not bring back Srinu to me but will bring back a strong message that hate is not acceptable," she said. She thanked the district attorney's office and Olathe Police Department for their efforts in bringing justice.

"I don't want another Sunayana to go through what we have by losing our loved ones. Nothing can fill the void that has been left by the horrific crime and the emptiness I feel within myself. I have been sharing the story of Srinu's life to highlight the goodness in him and with the hope that other people will emulate his life and not that of the man who killed him," she added.

She further said that he came to the United States, like any other immigrant with a hope for a better future. After the death of Srinu, Sunayana's company, Intouch Solutions was directly impacted and started a Facebook page to condemn hate crimes and to promote peace and love. She urged people to visit the page and join in their journey and share stories of love and peace for a hate-free future. The page highlights the contributions of immigrants to the US and how they too belong there.

"I hope in the years that you must spend in the jail you will one day realise the magnitude of your mistake and work towards your penance," she said to Adam Purinton.

According to the court documents, Purinton was asked to leave the bar on February 22, 2017 when he returned with a gun, asked them if their status was legal and opened fire.

Meanwhile, Srinivas's family back in the city refrained from making any comments as they are still concerned about the status of immigrants in the US. They fear that Sunayana, who has been living on her own might face threats in case they made any statements regarding the verdict.

Now we are on Telegram too. Follow us for updates
TAGS
Kansas shooting Srinivas Kuchibhotla