Telangana appears to have become investment destination not only for Information Technology firms but also for food processing and other industries.

HYDERABAD: Telangana appears to have become an investment destination not only for Information Technology firms but also for food processing and other industries. The latest company to utilise the ideal conditions that the State offers for its business is Quadrant Resources, which will be setting up its centre at Madikonda IT Hub in Warangal. 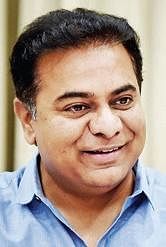 The foundation stone for its centre would be laid by IT and Industries Minister KT Rama Rao on February 16. The facility will come up in 1.5 acres and will create jobs for about 500 local youth. Cyient and Tech Mahindra have already chosen Madikonda IT hub for their expansion.

In Govindpur, Sangareddy district, Hatsun Agro-Products Ltd will be setting up India’s largest ice cream manufacturing facility. The company will commence its commercial production in October this year. Hatsun is investing Rs 207 crore which will create direct employment to 250 youngsters and indirect employment for an equal number of people. Another added advantage is that it would benefit more than 4,000 dairy farmers in the region.

Rama Rao, during a review meeting with officials of IT and Industries Department at MCR HRD Institute on Wednesday, said it was heartening to note that the companies were preferring Hyderabad and Telangana to open their facilities.“Major companies from food processing sector are also keen to invest in Telangana and the announcements to this effect will be made soon. The government will provide complete assistance to the companies which are willing to come to Telangana,” he said.

Largest incubator
The Minister is keen that the IT industry should be decentralised by promoting investments in Tier-II cities. He said that efforts of the government to take the IT sector to Tier II cities of the State are yielding good results. For instance, IT-Hub in Tier-II city of Karimnagar will come into effect from February 18. This bears testimony to the efforts the State was making to promote IT in areas other than Hyderabad, he said.

The Telangana government’s proto-typing facility T-Works and T-Hub Phase II will soon be ready for inauguration, he said, adding that T Hub has all the traits of becoming the largest incubator.
Stating that the construction of IT Towers in Nizamabad, Khammam and Mahbubnagar was going on at a brisk pace, he asked the officials to liaise with the representatives of the companies who have already evinced interest and ensure that they would set up their units at these centres.

The IT Minister cautioned officials against any laxity in providing infrastructure facilities for the investors. He wanted Industries Department officials to pay more attention to provision of facilities that the companies expect from the government. He inquired with officials of the TSIIC the status of proposed industrial parks in several places and other infrastructure facilities in the state. The Minister also disclosed that investors were keen to park their money in food parks at Buggapadu, Bandamylaram and Banda Thimmapur.

The Minister, reviewing textile sector in the State, told officials that investors were evincing interest in Warangal Mega Textile Park and therefore they should pay attention to speed up infrastructure facilities at the park.