Photography through the lens of 2,500 objects

More than 100 cameras greet you at the newly-launched camera museum in Gurugram, called Museo Camera Centre for the Photography Arts.

More than 100 cameras greet you at the newly-launched camera museum in Gurugram, called Museo Camera Centre for the Photography Arts.

The approximately 18,000-sqft three-storey museum features vintage cameras, art galleries, darkroom and a library, and a cafe is underway.

Photographer Aditya Arya, the brainchild behind the museum, has been passionately collecting cameras for 40 years now. It took him a-year-and-a-half to complete this project. “I studied history for my graduation, and being a photographer, I was drawn towards the history of photography.”

Arya has collected the cameras from the world over. “The cameras have come from the personal collection of families and also from the junk shops in Haryana.”

Once, he almost rejected an aerial camera specifically made for the US Army to capture Hiroshima bombings.

After checking the authenticity of the cameras, these now hang in the Gurugram museum. Pointing towards a large format camera, Arya says that it was lying in the heap of dust and cobwebs in one such shop. 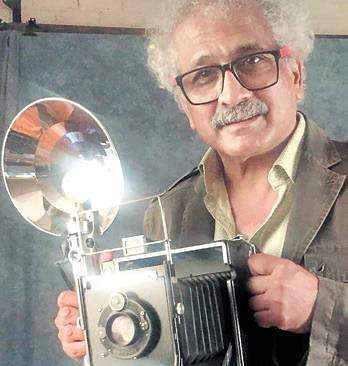 The museum also marks the contribution of renowned photographers like Sunil Jannah, S Paul and Dorothea Lange among others.

It also pays tribute to Vageeswari cameras manufactured by K Karunakaran, an Alappuzha-based technician. Large format and spy cameras, and those with twin lens reflexes among others can be spotted here.

As many as 2,500 objects that make a photograph are on display. There are light metres, flashes and even enlargers, the latter placed in a re-created dark room.

You are also taken through a timeline of the Eastman Kodak Company that went bankrupt in 2012.

The photographer has also created a vintage studio in the museum. With floral adornments and a wooden chair, the studio also features the adjustable white cloth that was used to control natural light.

A visit to the museum acts like a crash course for those looking to get acquainted with the historical perspective of photography.

Various panels installed in the museum depict a range of defining moments in photography starting from 1827 when French scientist Joseph Nicephore Niepce made an image using camera obscura.

The plan is to organise many educational programmes at the venue. “We are also planning courses and residencies here.”

Among the high-rise corporate buildings in Gurugram, this cultural space in the city is a welcome change. “This museum is important because it will tell people that photography didn’t begin with a 32GB card inserted in a digital camera,” says Arya.

Now we are on Telegram too. Follow us for updates
TAGS
Photography Gurugram Museo Camera Centre