In the new year, love gold but own less of it

In most parts of India, gold has a personal connection. Parents and grandparents give away gold to their children.

In most parts of India, gold has a personal connection. Parents and grandparents give away gold to their children. Husbands and wives accumulate gold to remind themselves of their togetherness. It is an asset that everyone wants to own for a secure future. The private or household ownership of gold in India is a staggering 23,000 tonnes, according to estimates by agencies like the World Gold Council.

To put things in perspective, this is three times higher than gold reserves (8,300 tonnes) of the US Federal Reserve and about nearly 50 times of gold held by the Reserve Bank of India. The value of the gold held by Indian households is a third of India’s GDP of $2.8 trillion. 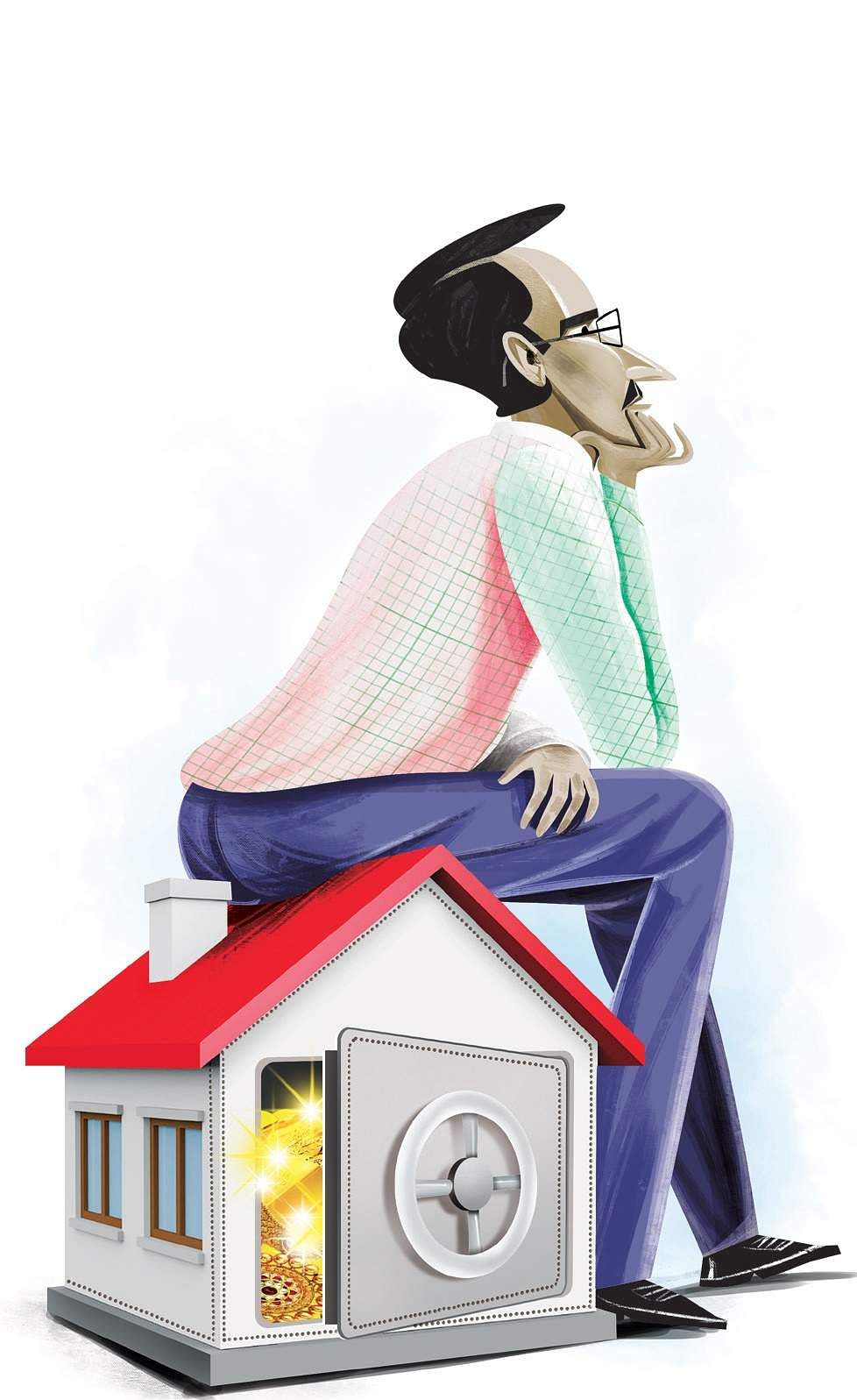 About 7 per cent of household savings find their way towards gold in India, according to the Reserve Bank of India’s household finance survey released last year.

“In states such as Tamil Nadu, households store a high fraction of their wealth in gold and also have more than 40 per cent of their total debt in the form of gold loans,” the survey highlights. It also explains that the use of gold facilitates wealth transfer across women who are otherwise socially constrained to be financially dependent in the patriarchal setting.

The fascination for gold in India is a religious, personal matter. However, when it comes to investing, you need to take a logical approach.

While gold can be a portion of your savings, it cannot be a significant portion of your investments. A number of financial experts advise keeping not more than 2-5 per cent in gold. The average ownership of gold in India is well over that recommendation.

There is enough empirical data that shows that the BSE Sensex has done better than gold over the years. In five years till today, the Sensex has gained over 70 per cent in value while gold has barely moved 8 per cent.

Warren Buffett, the legendary American investor, explains it well. In his annual letter to shareholders of Berkshire Hathaway, written in 2011, he said that gold is neither of much use nor procreative. People resort to buying gold in situations where they fear a collapse of the economy or currency.

“Terror over economic collapse drives individuals to currency-based assets and fear of currency collapse fosters movement to sterile assets such as gold,” Buffett explains in his letter to shareholders.

The trust issue highlighted by the legendary investor is corroborated by the RBI survey too. It found that households in India often carry negative perceptions of formal providers of financial services. Very often, people in low-income households report their belief that access to financial products is the prerogative of elite groups in the society.

“This lack of trust in financial institutions helps to explain the tendency of households to eschew financial products and to invest in instruments such as gold instead,” the RBI report said.
What should you do

If you think you have surplus gold, you may want to change a few things. Convert coins, gold biscuits or any non-jewellery gold you possess into financial assets. You may buy a fixed deposit or spread your money into equity or debt instruments using mutual funds.

It is time to shun all apprehensions about financial assets in comparison to gold. It was a safe bet when money as a concept was new. However, financial markets today are regulated and have a diverse set of players. They offer a steady avenue of investment. You may want to seek professional advice to help you take the first step. There can be no better time to do this than now.

If you think you have surplus gold, you may want to change a few things. Convert coins, gold biscuits or any non-jewellery gold you possess into financial assets. You may buy a fixed deposit or spread your money into equity or debt instruments using mutual funds. It is time to shun all apprehensions about financial assets in comparison to gold.

Now we are on Telegram too. Follow us for updates
TAGS
gold