ToR was criticised by many states for using 2011 Census data; Advisory Council to aid in understanding ToR-related issues.

NEW DELHI: The government has finally given in to the pressure and has formed an advisory council to review the Terms of Reference (ToR) of the 15th Finance Commission, which has drawn protests from many states over its mandate to use 2011 Census data over the 1971 Census data for resource allocation. 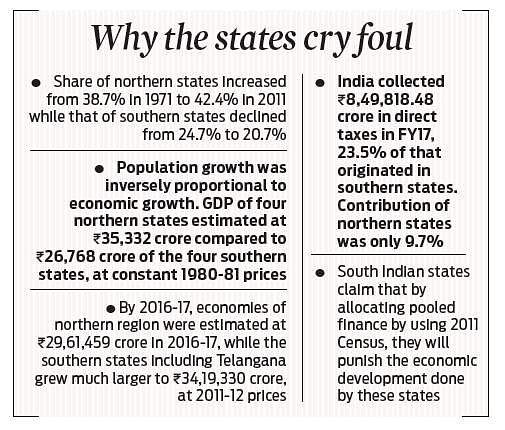 The Advisory Council will also assist in the preparation of any paper or research study that would enhance the Commission’s understanding on the issues contained in its ToR.

The ToR, of using 2011 Census data as decided by the Centre, have been criticised by many non-BJP ruled states including West Bengal, Odisha and the southern states for being against the spirit of fiscal federalism.

The main reservation of these states was that in last few decades, these states have succeeded in reducing their population growth rates while the growth rates of most northern states including Bihar and Uttar Pradesh have remained comparatively higher. In this context, if the Finance Commission uses the 2011 Census data, more resources will be transferred to the northern states, thus penalising states that have succeeded in controlling population. The views were dismissed by both Prime Minister Narendra Modi and Finance Minister Arun Jaitley as “baseless” and “misinformed”.

Now we are on Telegram too. Follow us for updates
TAGS
Finance Commission