Men or women - Who are better drivers?

Women are terrified when their men start accelerating behind a lumbering truck, with a fast-approaching bus and then whizzing through the gap with just inches to spare.

Although about 90 per cent of drivers are men, they account for nearly 99 per cent of traffic accidents. Women, therefore, do not deserve the widely held opinion that they are dangers on the road...although some may quibble that many accidents by men were triggered by distraction from ladies inside or outside their cars.

Ian Fleming was perhaps close to the mark when he had James Bond saying that women were much more careful drivers than men when they were driving alone... but not when they had company. He explained that women needed eye contact for affirmation of what they were talking about and were, therefore, much more dangerous if there was another lady sitting beside the driver... and hazardous if they were on the rear seats. 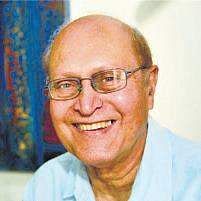 Women are generally more cautious and do not take the daring risks their macho male counterparts seem to so enjoy. They hate the prospect of accidents and the agony of street-side arguments and police reports.

Women are terrified when their men start accelerating behind a lumbering truck, with a fast-approaching bus and then whizzing through the gap with just inches to spare. Shrieks, complaints, mockery and angry words follow.

Men, similarly, find it irritating that women drivers, while overtaking, will wait for ages till the road ahead is absolutely clear and will then leave a wide space between them and the vehicle being overtaken. Needless to say, they make several abortive tries before succeeding. The mounting frustration often also ends in mockery and anger.

Driving no longer requires strength and women are just as capable as men. Fast driving does, however, require intense concentration. Most women are just not that interested in driving. They have many other priorities with families, home, romance, social life and clothes.

Few have that male ability to forget everything else and focus on a dirty old road. Men can, however, be so focused on the road that they forget the exact route to the destination; they may even refuse to ask someone for directions. Women, though evidently uninterested, often have an uncanny sense of direction.

Women can, however, be shameless frauds. Many, who are quite capable of the dirty chore of changing a tyre, will brilliantly play-act the role of a helpless female until a male sucker arrives to save the damsel in distress.

The male myth, therefore, has the woman driver as indecisive, fickle, giddy and unpredictable while they are fast, sure, confident and decisive. The female myth has men being rough, pushy, dangerous, insensitive and foolish while they are cool and careful.

For many men, their car is an extension of their vision of manhood. The car model is a public statement of his lifestyle aspirations and driving an extension of his ego. Overtaking is an assertion of his mastery and dominance while being overtaken is tantamount to being defeated.

For most women, a car is just a useful set of wheels. For a man, it is a part of his personality. No wonder, many women consider their husband’s car as his second wife. Under their breaths, many men mutter that this is the one wife who does not mock, complains or talk back.

Women must always have the last word. When cornered on any point concerning their driving, they seem to have a marvellous ability to dredge up long-forgotten memories of their man’s past driving mistakes or his ability to get lost and if this does not work can find many other ingenious ways to puncture the male ego. Women can be dangerous!

Now we are on Telegram too. Follow us for updates
TAGS
Driving Men women