Given that life expectancy for both males and females in India is likely to continue rising, increasing the retirement age for both men and women going forward could be considered, the Survey said

"We have put a lot of effort and a lot of dedication. We hope we are able to contribute to the ideas for the economy," Chief Economic Advisor Krishnamurthy Subramanian told an agency ahead of the tabling of his first Economic Survey in parliament.

Another tweet stressed the fact that he had striven to avoid walking down the beaten path.

"When was the last time you looked at the blue, unfettered sky and wondered about the power of the unfettered "blue sky" thinking? Economic Survey 2019 is imbued by the spirit “blue sky thinking” in thinking about the appropriate economic model for India. This is reflected in the sky blue cover of the Survey," the Chief Economic Advisor tweeted.

The dictionary defines blue-sky thinking as creative thinking. There were examples of that in Subramanian's maiden survey.

One of his interesting ideas was that of increasing the retirement age since life expectancy in India is rising.

This will also help increase female labour force participation in the older age-groups, the Survey said.

It quoted the examples of Germany, France and US who have all increased the retirement age.

"Some countries such as Australia and UK used to allow women to retire earlier than men but have changed the rules to bring them at par. Many countries such as Germany, UK and US have signalled that they will keep increasing the retirement age according to a pre-set timeline. In the UK, for example, the state pension age will increase for both men and women to 66 by October 2020. The UK government is planning further increases in the retirement age to 67 spanning the years 2026-28 and to 68 during 2044-46," the Survey underlined.

Then it came to India. "Given that life expectancy for both males and females in India is likely to continue rising, increasing the retirement age for both men and women going forward could be considered in line with the experience of other countries. This will be key to the viability of pension systems and would also help increase female labour force participation in the older age-groups. Since an increase in the retirement age is perhaps inevitable, it may be worthwhile signalling this change well in advance - perhaps a decade before the anticipated shift – so that the workforce can be prepared for it. This will also help plan in advance for pensions and other retirement provisions," the Survey stressed.

Also Read: This Budget must focus on water crisis in the country

Interestingly, on July 3, there was news that the Chhattisgarh government had decided to increase the retirement age of industrial labourers in the private sectors from 58 years to 60 years.

The suggestion for raising the retirement age came in a chapter entitled India's Demography at 2040: Planning Public Good Provision for the 21st Century. The Chapter highlights are below: 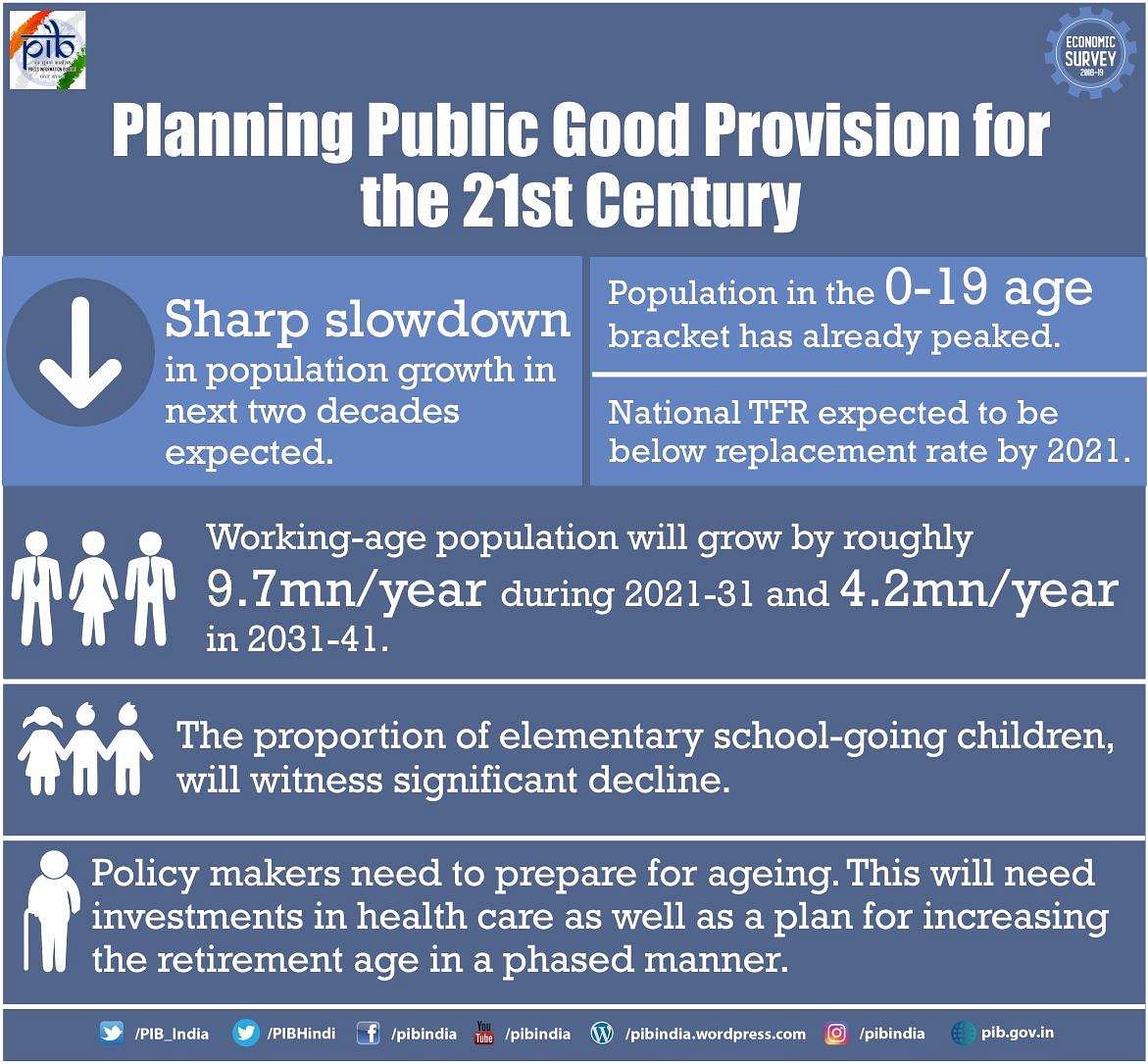 Also See: The Chief Economic Advisor on the key points raised in the chapter: