With closer tax scrutiny, wage reforms and  Centre’s shift of focus to start-ups, small enterprises will have to buckle up and perform.

If the Budget speech of Finance Minister Nirmala Sitharaman, as an economic roadmap of the government, is anything to go by, there is a visible paradigm shift in the way the Centre is planning to address the Micro, Small and Medium Enterprises (MSMEs). While there were generous incentives for start-ups, the budgetary allocation for the MSME ministry was only marginally increased by 6.99 per cent to Rs 7,011.29 crore. The Interest Subvention Scheme for incremental credit to MSMEs was raised from Rs 275 crore to Rs 350 crore.

On the other hand, the government’s Credit Support Programme (CSP) for MSMEs was curtailed by 14.71 per cent from Rs 700 crore last year to Rs 597 crore this year and its Interest Subsidy Eligibility Certificate Scheme got no allocation this year, against the expectation of the sector that accounts for 29 per cent contribution to the country’s GDP.

Going forward, with wage reforms and closer tax scrutiny planned, the MSMEs will have to look beyond government incentives. For survival, they will have to pull up their socks and improve performance.

“Going forward, the focus will be on decreasing incentives and increasing their efficiency. Many MSMEs under-report their income and keep employment numbers under check to save tax. GST collection is not going up. This has to change and the government will initiate major reforms in this direction,” a senior official from the Department of Economic Affairs told this publication.

ALSO READ| MSMEs contented with sops to bolster the sector

To understand this shift, one has to go back to the Economic Survey penned by Chief Economic advisor KV Subramanian, where he dedicated a whole chapter titled Nourishing Dwarfs to Become Giants: Reorienting Policies for MSME Growth on the inherent problems of the sector.

“Job creation in India suffers from policies that foster dwarfs, i.e., small firms that never grow, instead of infant firms that have the potential to grow and become giants rapidly,” the survey said.

The CEA advised doing away with “perverse” incentives for firms to stay “small” and put a ‘sunset’ clause for a period of five-seven years, beyond which a small firm “should be able to sustain itself.”

Job creation in India suffers from policies that foster dwarfs, i.e., small firms that never grow, instead of infant firms that have the potential to grow and become giants rapidly, said CEA in the Economic Survey 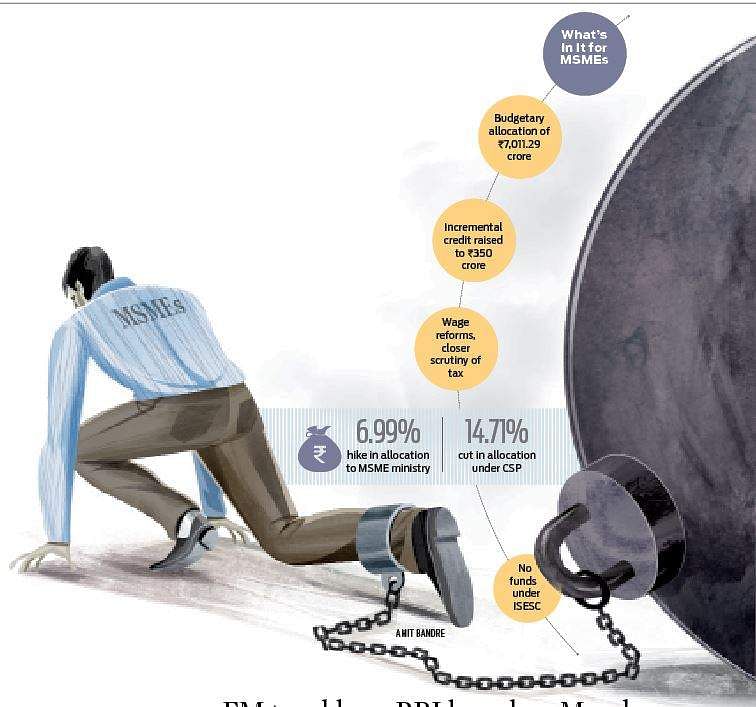