NEW DELHI:  After private banks raised more than Rs 50,000 crore from the market in last few months, now public-sector lenders are gearing up to raise over Rs 60,000 crore in equity to improve their capital adequacy. According to Icra estimates, the additional capital requirement can be as high as Rs 45,000-82,500 crore for public sector banks during FY21.

One of the largest state-run banks State Bank of India has already got its shareholders’ approval to raise Rs 20,000 crore this year. 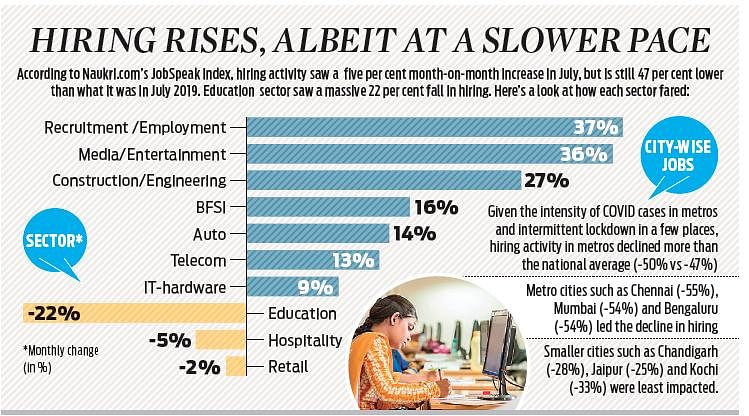 Among other, IDBI Bank, with LIC as new promoter, has plans to raise Rs 11,000 crore equity capital to improve its capital base. Recently Canara Bank has also announced similar plans to raise Rs 8,000 crore. However, the move may not be enough.

“Indian state-owned banks’ plans to raise capital from private sources will not be sufficient to mitigate anticipated risks unless supplemented with additional capital support from the state,” noted Fitch Ratings, adding the proposal so far will likely add only around 100-150 basis points to state banks’  existing common equity Tier 1 ratios.

The real impact of the stress will be visible only once the pandemic is over. “We believe recapitalisation requirements will be substantially higher once pandemic-related asset quality deterioration starts manifesting on bank balance sheets when regulatory forbearance ends, in which case raising equity will be more difficult,” Fitch added.

Now we are on Telegram too. Follow us for updates
TAGS
Banks Bank State Bank of India