The ICEA-EY report stated that India’s import of laptops has increased by 42 per cent—from $ 2.97 billion to $ 4.21 billion—in value terms, in the last five years.

BENGALURU: Despite the efforts of the government to boost manufacturing of computer hardware in India, data from the Indian Electronics and Cellular Association (ICEA) and Ernst & Young shows that imports from China are likely to cross a five-year high at $5 billion in FY21. 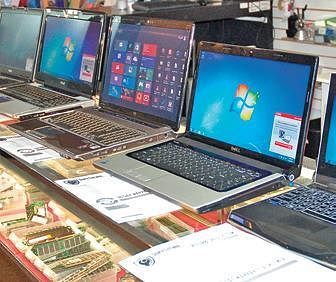 The ICEA-EY report stated that India’s import of laptops has increased by 42 per cent—from $ 2.97 billion to $ 4.21 billion—in value terms, in the last five years. 87 per cent of this continues to come from China. For tablets, the report reveals that two-thirds of the tabs sold in Indian markets come from China.

India imported laptops  worth $1.2 billion from China for the quarter ending July 2020 and these imports have increased from $ 2.83 billion to $ 3.65 billion during the last five years.  For the year ending March 2021, India’s import of laptops is estimated to reach close to $5 billion, wherein those from China are expected to hit $4.35 billion. The import-export imbalance is even more stark for tablets.

India is expected to import tabs worth $0.35 billion in FY21. In FY20, India imported tabs worth $0.26 billion from China alone, constituting 63 per cent of the exports. The global manufacturing hubs are limited to a handful of countries, with China being the predominant supplier to the world 66 per cent market share (2019): $ 100 billion in value, the report noted.

Incentives for local manufacturing needed
Appropriate incentives focused on export-oriented laptop manufacturing should be offered and calibrated focused policy interventions need to be made, the report says

Now we are on Telegram too. Follow us for updates
TAGS
Laptops Chinese imports ICEA Ernst & Young