BENGALURU: Children find sweet strawberry candies too tempting to resist. With rumours of mafia targeting schoolchildren with chocolate drugs doing the rounds, children having a sweet tooth has suddenly become a matter of serious concern for several city schools. Drug mafia is allegedly targeting schoolchildren with a chocolate drug known as Strawberry Quick. They intend to make them quickly addicted to drugs at an early age. This has sent several school authorities into a tizzy. Some of them have even issued circulars in this regard, cautioning children and parents about the possible threats of buying sweet candies from unknown persons outside school premises. 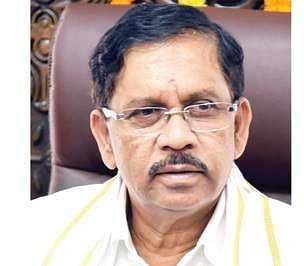 A circular put up at a South Bengaluru school, which is owned by a minister in the state, states: “The new drug known as STRAWBERRY QUICK. It is a very scary thing which is going on in the schools right now, we all need to be aware. There is a type of meth going around that looks like STRAWBERRY POP ROCKS (The candy that sizzles and pops in your mouth.) It smells like strawberry and its being handed out to kids in schoolyards. They are calling it Strawberry Meth or Strawberry Quick.” (sic).
“Kids are ingesting it thinking that it is a candy and being rushed off to the hospitals in dire conditions. It also comes in chocolate, peanut butter, cola, cherry, grape and orange. Please instruct your children not to accept candy from strangers,”(sic)the circular adds.
Some schools, however, chose not to issue any circular to avoid panic-like situation. They have decided to spread awareness regarding the same. “I am also shocked to know about chocolate drugs. Issuing a circular, however, may trigger panic among parents. Hence we have decided to tell kids directly not to eat anything given by strangers outside school premises,” said B Gayethri Devi, principal of Little Flower Public School, Banashankari 2nd stage.

Mansoor Ali Khan, a board member of Delhi Public School, said, “We always advise students not to eat or buy anything from outside school premises. Parents should also avoid giving enough money to children, when they go to school. Such mafia may find kids as soft targets. Even if one student gets  addicted to such things, chances of their friends falling prey to the same habit cannot be ruled out.”
Some schools have, however, decided to ignore the rumours. D Shashikumar, General Secretary of Associated Managements of Primary and Secondary Schools in Karnataka said, “Rumours on chocolate drug have been circulating on WhatsApp for last 3-4 months. We are not sure about its authenticity. Even we would like to know whether there is any truth in it. State Health department must conduct an inquiry into the whole episode.”
Chocolate drug is a candy kind of chocolate induced with drugs mainly in strawberry flavour.