A man with 11 degrees to his name, Dr Venugopal K R, 61, principal of University Visvesvaraya College of Engineering (UVCE) under Bangalore University (BU) has become the  first person at the Universi

BENGALURU: A man with 11 degrees to his name, Dr Venugopal K R, 61, principal of University Visvesvaraya College of Engineering (UVCE) under Bangalore University (BU) has become the  first person at the University level from India to bag the ‘Association for Computing Machinery  (ACM) Distinguished Educator Award, 2016.’ 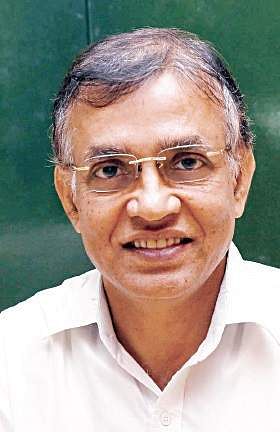 The award is for his contribution to the field of computer science and engineering education.
The ACM is the world’s largest professional organisation in computing.
As many as 45 ‘distinguished members’ have been selected from 70 countries for the award for their contributions to the field, ranging from academicans in institutions like University of California, University of Toronto to researchers from Google, IBM and Yahoo.
Venugopal is the only person to get the award from India.

“This award has made me more dutiful and responsible towards society. Being in UVCE it is usually very difficult to get the award. It is mostly people at IISc and IITs who get the award,” says Venugopal.
Venugopal has been in BU for the last four decades and has a PhD in computer science engineering from IIT-Madras and another PhD in economics from BU. Besides these he has degrees in law, mass communication, electronics, economics, business finance, computer science, public relations and industrial relations.

Talking about his 11 degrees, Venugoapl said that he got them in a span of 45 years.
“Acquiring knowledge is required to become a good teacher. In engineering for example you require knowledge about law, management, environment,” he adds.
He has also authored and edited 64 books and published more than 600 papers in various international journals.

So far he has supervised 630 masters level dissertations, 21 Ph.Ds and filed 101 patents.
Venugopal has been earlier conferred the Institution of Electrical and Electronic Engineer  (IEEE) Fellow Award, USA for contribution in computer science engineering and electrical engineering education.