BENGALURU: In a search for her roots, Bengaluru-based Aruna Madnani discovered Ajrakh, cloth from the soil of Sindh. Aruna says, “I got curious to find out more about Sindhi culture and heritage. In fact when I got married, I could not find a single typical Sindhi sari. Later I became aware and better informed about our arts and crafts and found Ajrakh.” 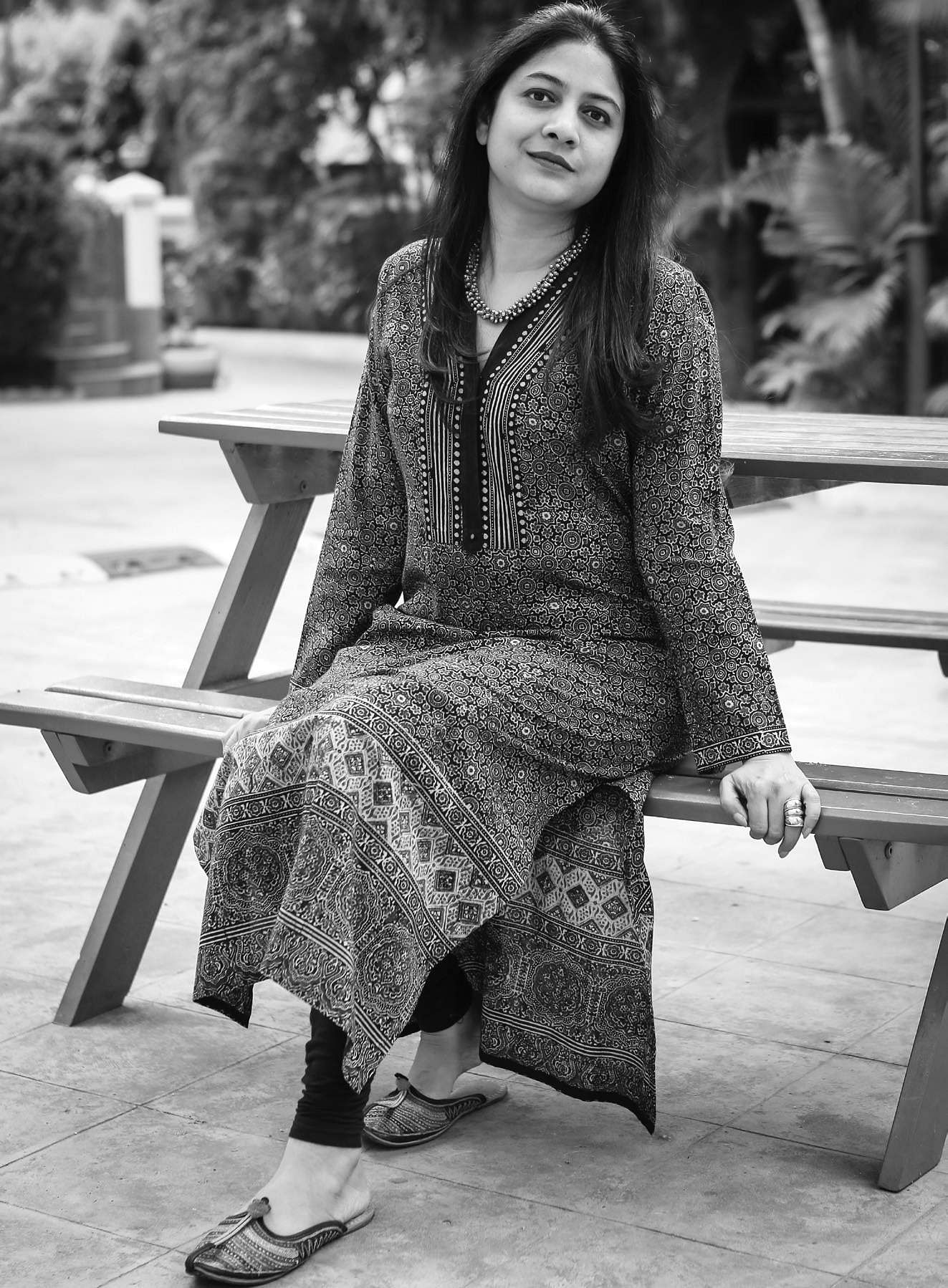 The Silk Route
Dating back to Mohenjo-Daro in Sindh during the Indus Valley Civilisation - (2500-1500BC), Ajrakh was traded along the silk route from Mesopotamia to China and has sustained over the centuries as it is still an integral part of Sindhi culture.
An idol of a king priest, excavated at a site in Mohenjo-Daro shows him draped in this fabric, which depicts the earliest use of Ajrakh. It had a trefoil pattern printed on the garment believed to be the ‘Kakkar’ or cloud pattern in Ajrakh printing. In Sindh, the people have a deep reverence for Ajrakh. From birth to marriage until death, Ajrakh commemorates all significant events in the life cycle of a Sindhi. The karigars are Muslim.

Geometrical Designs
A majority of the designs are geometrical and detailed with intricate patterns. The common colours are blue which come from indigo which is grown in the region and white and red. “The white hue is compared to the stars in the sky in Sindhi folklore,” says Aruna.
Aruna, who has several years of experience in the apparel industry in New York, has gotten a bit innovative and uses greens and mustard, which are derived from natural sources. She, however, retains the authenticity of the fabric and sticks to traditional patterns with some detailing on the borders etc. She has contemporarised the garments styling tunics, kurtas and palazzos and stoles. The clothes are classy and elegant with fluid lines and flow freely.

Keeping Traditions Alive
Ajrakh uses natural dyes of madder, indigo, henna, pomegranate skin for block printing with mordant dyes fixing in a complex 21 stage process that takes days to complete. Migrant khatri communities continue the tradition along the border of Sindh in Kutch and Rajasthan which is from where Aruna sources her fabrics. In this era where efforts are being made to revive and promote Indian textiles and weaves, Aruna’s endeavours to bring and popularise Ajrakh to our city is much welcomed.
Aruna Madnani started The Foundation for Sindhi Culture about eight years ago to promote awarnessnes and interest in the rich heritage of Sindh.
Next on her to do list is to get exquisitely embroidered fabrics and garments done in traditional karai work.
Here’s more power to our ethnic weaves and prints!
(Liked this story? Got a comment? Write to us at bengalurucityexpress@gmail.com)