BENGALURU: The origins of the classical guitar still remain uncertain, centuries after the instrument was designed. Resembling the design of an acoustic one, this guitar has nylon strings that can compose an entire orchestra, Nanini Sudhir tells City Express.

With every emerging culture, a different shade and undertone evolves in music, which is accommodated into our lifestyles and such practices are carried on for generations together. One such growing musical movement in India is the classical guitar. Like the regular acoustic guitar, a classical guitar has the same built except the strings are made with nylon and is plucked with fingernails or sometimes the fingers rather than strummed continually. 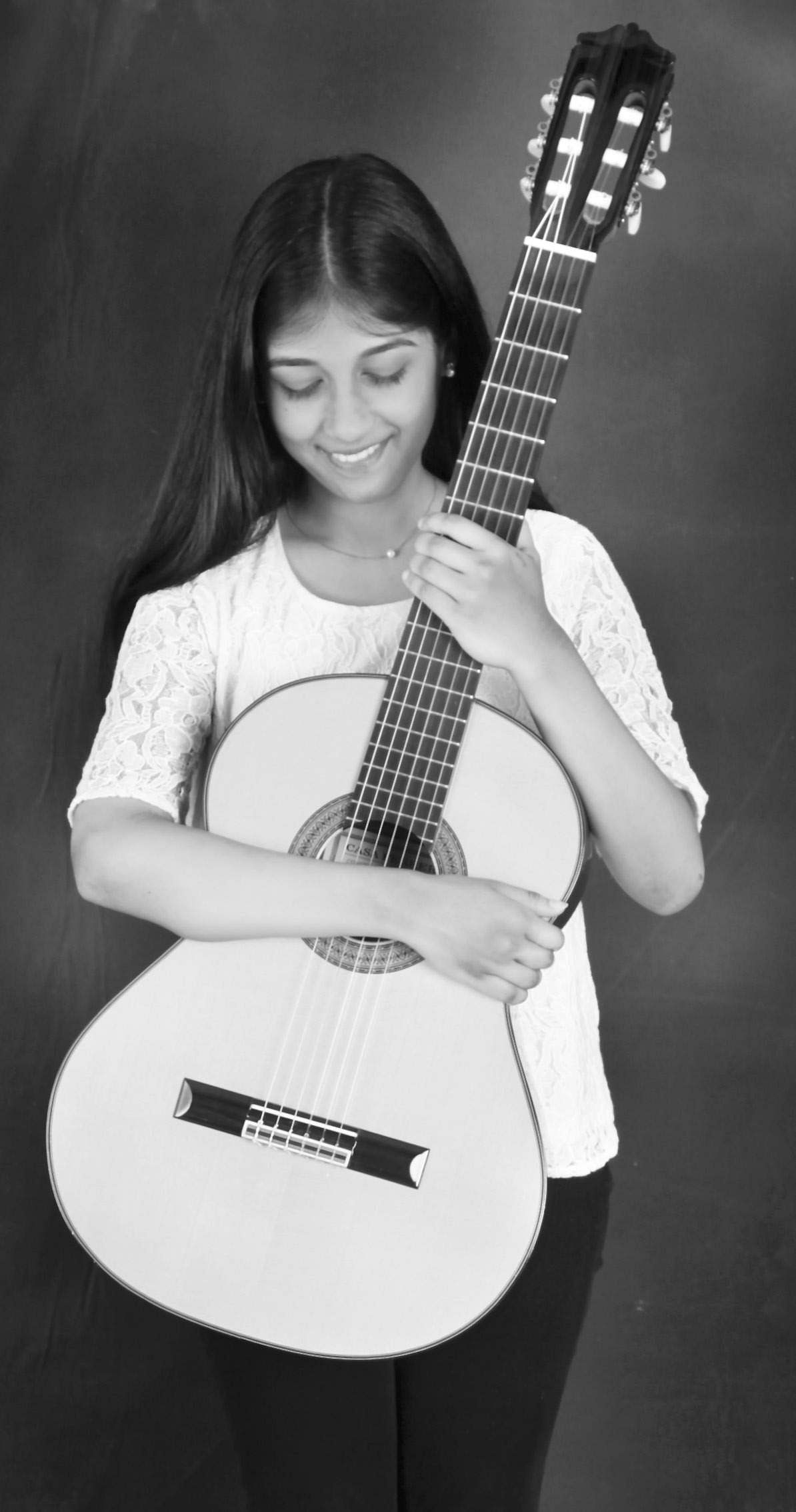 Musical Travelogue
For someone like Nandini, classical guitar has inspired and changed her and set the course of  quite an unlikely life.

Currently pursuing her Bachelors  in Humanities from Mount Carmel College, in Bengaluru,  Nandini recounts a life of performing and learning from great composers and teachers from across the globe. Being a 19 year old who came to  many opportunities, she recalls how many people have been supportive of her dreams including The Bangalore School of Music’s founder, Aruna Sunderlal.

She feels indebted to several teachers over the years like Dinesh Khundrakpam, who inculcated her love for the music. She has also travelled alongside Bobby Rootveld and Sanna Van Elst of the NIHZ Duo whom she says, have helped her grow.

Skype Classes
Nandini is presently taking classes online, via Skype every Thursday, from Annette Kruisbrink, the famous Dutch classical guitarist and composer who dedicated a composition to Nandini titled ‘Ranganana’, a solo guitar piece on Indian music tradition. “I was overwhelmed and moved by that,” she says.

As for academics, Nandini says “I find time for both practice and studies and really enjoy balancing the two”. She hopes to work on her own compositions in the future, but as of now, thoughts on it have been put on hold.

Nandini’s parents have been very supportive of all her decisions and they have relentlessly taken her to music festivals and competitions across the world. She is no stranger to awards and accolades and has several prizes pinned to her name.

Starting from her famous win at the Calcutta International Classical Guitar festival in 2012, she went on to achieve a great feat in several other competitions in India and abroad. Some notable ones inclue winning the Thailand International guitar festival and competition, Twents Guitar Festival and competition,  The Nordhorn Guitar Festival and competition for four consecutive years, and last year she came second at The Bangalore Classical Guitar festival organised by The Indian Guitar Federation.
She was adjudged ‘The Most Promising Guitarist’ in 2013. She has also taken part in seminars and masterclasses, which included famous artists like Marcin Dylla (Poland), Pavel Steidl (Czech Republic), Zoran Dukic (Croatia), Hubert Kappel (Germany) and several others in the field.

She has plans to travel to Europe to pursue classical guitar after graduating college. She also hopes to come back to Bengaluru to share her experiences and teachings with the people here.