‘BBMP is not competent, even to place footpaths’

Sanjay is responsible for facilitating cities in the region to participate in the exchange of best practices to reduce the sources and their impact on climate change. He was a member of the Agenda for Bengaluru Infrastructure and Development (ABIDe) task force, which undertook a comprehensive study of all aspects of urban development for Bengaluru. 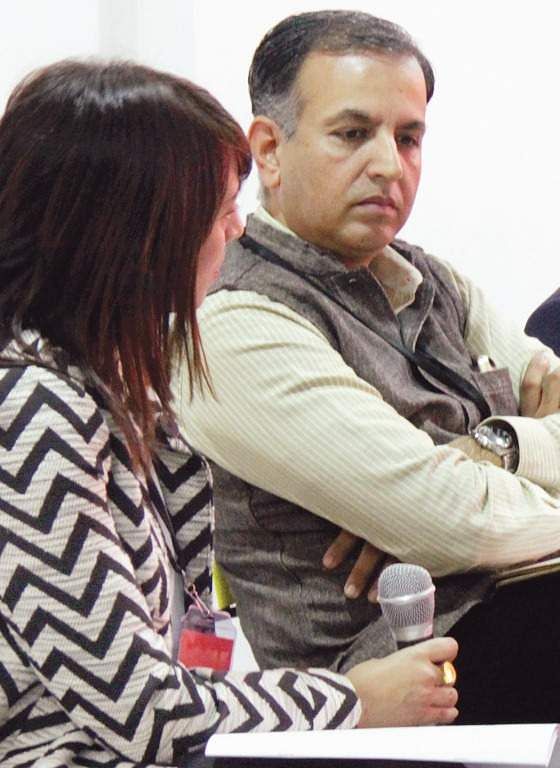 How do you convince a politician to spend on a particular project?
The key is to not reflect on the priorities of what the city wants, but what the project will deliver on.

What strategy works while convincing a politician to adopt a particular project?
If you are able to show them that the project has worked in another city, then there is a better chance that they will approve it.

The governance of which city in the country do you think is most progressive in terms of taking measures to fight climate change?
Definitely, Kolkata. They won this year’s C40 Award For Best Solid Waste Project in Mexico. (The C40 Cities Awards recognise the world’s most inspiring and innovative cities tackling climate change.)

How is Bengaluru faring in terms of fighting climate change?
Badly. It is not even a priority for the Bruhat Bengaluru Mahanagara Palike (BBMP). The body is so overwhelmed by how fast the city is growing. It lacks basic services like water, transport and waste management. They need to fix that first.

So, what according to you should BBMP’s priority be?
They need to prioritise pedestrian paths first. If the city is not walkable, it isn’t liveable.

Will Bengaluru always have a traffic problem?
Always. Look at how rapidly the city is growing. It is the same with California. The traffic is gettting worse there.

Where is BBMP going wrong?
The sheer lack of competency in BBMP to implement schemes and their lack of data is scary. They understand projects, but not processes. They don’t know which footpath to place where. They need to justify with reasons as to why a footpath should go on road A and not road B.
So, what should BBMP do?
They need to stop with the elevated roads and flyovers. The city needs better public transport and not more roads.

Why do you think public transport is not proper?
To from point A to B, a Bengalurean first takes a bus to reach a Metro station, an auto from there to another bus stop and a cab or another auto to reach the final destination from the place the bus dropped him or her off to. I shouldn’t have to buy four tickets to go from one place to another. BBMP needs to integrate a multimodal public transport system to facilitate better connectivity.

Struck by poor transport and water issues, how do you think should BBMP encounter a problem like climate change?
The civic body should start at least with implementing a solid waste management process in place.

Sanjay was in the city for Postgraduate Interlude Conference 2016 at Srishti Institute of Art, Design and Technology.