A two-day dance festival Navvarsh Mahotsav kicks off in the city coming New Year. This is the first year of the dance festival, which will feature all Indian classical dance forms.

BENGALURU: A two-day dance festival Navvarsh Mahotsav kicks off in the city coming New Year. This is the first year of the dance festival, which will feature all Indian classical dance forms. Prabal Gupta, a  Kathakali artiste says, “I always wanted to organise a dance festival as it was my dream. However, getting sponsorship was a problem. So when Dr C K Gariyali ji (retired IAS officer, who has also authored a book Kashmir to Kanyakumari) told me about organising one, I decided to do it.” 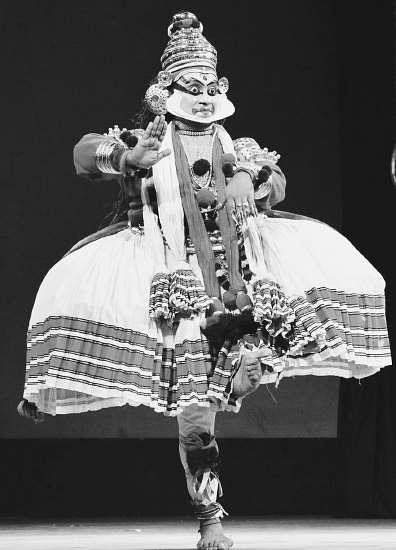 The festival is being held in the memory of Indira Gariyali, mother of Dr C K Gariyali, founder and advisor of Saraswati Educational Trust. It aims to educate people about the rich cultural heritage and various art forms of India. Prabal says, “All forms of Indian classical dances be it Manipuri, Sattriya, Kuchipudi, Kathakali and Mohiniyattam will be showcased with deep respect along with other well-known classical dance forms such as Bharatnatyam, Odissi and Kathak. Every artiste will be given 1 hour and 15 minutes to perform. As a practitioner of Indian classical dance form, I believe that minimum of an hour must be given to an artiste to do proper justice to any art form.”

The dance festival will commence with his performance. Prabal says, “I will open  with a poorva rangam called Thodayam written by the Raja of Kottayam about 250 years ago. Thodayam is a pure dance number of Kathakali and is an invocatory piece invoking Lord Ganesha, Krishna, Lord Shiva, goddess Mookambika for successful completion of the dance performance. My next piece will be Lalitha from Narakasura vadham. It is a 16 matras padinya chitta ( technical) padam. It is about Narakasura who wanted to capture heaven. He sends his servant Nakhratundi to do so. She captures the damsels from heaven but while returning, she happens to see Jayanthan, the most seductive handsome son of Indra and falls in love. The padam begins at this juncture when Nakhratundi transforms herself into a beautiful damsel, Lalitha, and looks with her lustful eyes at Jayanthan’s seductive V-shaped attractive body and his masculine shoulders.”

Another artiste Praveen Kumar will present a Bharatnatyam piece. Praveen says, “Unlike the usual Bharatnatyam pieces which focusses on the heroines, my piece will be about heroes. It was challenging to find songs with different shades of a man’s emotions and find the right ambient music suiting the song. I will perform a piece on a man waiting in a park for his girlfriend. The other will be on Krishna who tries to cajole one of his gopikas who is upset with him.” The sequence will have an open ending. “I will leave it to the audience to wonder if Krishna was successful in convincing her or not.”

From the forth coming year, Prabal will organise morning lecture demonstrations on lesser-known art forms along with the art of make up for Kathakali. “Every year, I will present some thing new. A revered dance guru will be awarded with the Indira Gariyali award on day one. I also have plans to have a theme for all the dance forms for a day,” he says. This year, the award will be presented to B Bhanumathi.