Project that tracks a wild-animal population in the city indicates loss of tree cover.

BENGALURU: There is a wild ‘forest baby’ or Kaadu Paapa that lives in hiding in Bengaluru. “Please do not mention any of the locations where we have seen them in the city,” says Kaberi Kar Gupta, the Principal Scientist of the ‘Urban Slender Loris Project’.

The project is by a group of researchers and interested citizens tracking the population of these noctural animals. 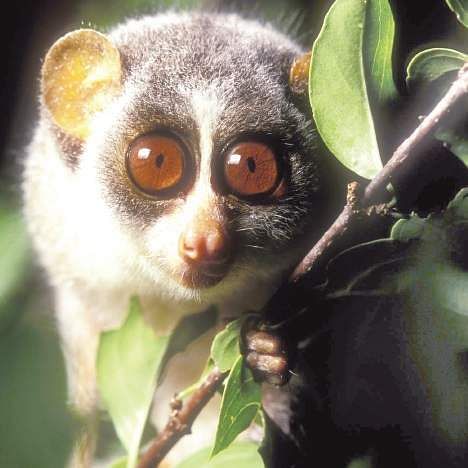 “We DO NOT want to disclose any locations for the safety of the animals,” says the visiting scientist at the Center for Ecological Science, Indian Institute of Science.

She has reason to worry. The lorises are hunted as pets and, worse, to be used in black-magic rituals. In the rituals, they are used instead of the voodoo dolls and they suffer pin pricks, mutilation and impact bruises.

In 2014, People for Animals had rescued a loris that did not survive. “She had pin pricks in her kidney,” says Dr Kathik M, who works with PFA.

Last year, a caller reported about one fallen in a gutter. “The loris had a hairless patch around his ankles, which clearly indicated that he had been tied up. His haircoat was ruffled and poorly maintained,” says the doctor. Lorises keep themselves well, much like cats, but the condition of this one indicated confinement in a small space and starvation.

The lorises kept as pets have their teeth pulled out to avoid their toxic bites. But Kaberi says that the project itself has not recorded “any quantitative data on hunting pressures, or any other information relating to the pet trade in urban areas at this point”.

But Kaberi’s urban project is not just about the lorises. “They can be used as flagship species to understand the habitat quality of urban forests,” she says.

The group wants to connect Bengalureans to urban biodiversity, through the lorises. The project’s socio-ecological study also aims to map the change in loris population’s distribution, which can help conserve urban wildlife and have “an eco-sensitive development of urban landscape”.

Bengaluru’s changing scape is not encouraging. “In the past lorises were found in many parts the city,” says Kaberi.

“Some of these forests or urban gardens/parks now either do not exist or have become small isolated islands”. According to Kaberi, the main threats are “loss of connectivity, habitat change and illegal logging."

There is a habitat loss from “unplanned growth involving removing big trees and entire forest patches to convert into city parks”.

Their ongoing study, she says, emphasises the importance of “habitat connectivity”. This means the lorises, which are arboreal creatures, need the tree cover and small patches won’t do.

Lorises need large areas. “We found that lorises are able to survive in large green patches that have continuous canopy, some undergrowth, large old trees, and climbers with an abundance of fruits and insects,” says Kaberi, “but not in small green spaces. They’re a generalist species that can adapt to different kinds of habitats, as long as the area has large trees.”

Any city that can support the loris can pride itself on its green cover. “There is a small population of loris reported in Chennai,” says Kaberi, but “we do not have any data at this point to answer the presence of lorises in other urban habitats”. Bengaluru could very well be the loris’ last urban bastion.
The city has not given up on the lorises and its urban forests. Kaberi had tried running this project in

But Bengaluru has “better infrastructure” and, more importantly, has “several research institutes with scientists and enthusiastic, motivated and competent group of people who are committed to conserving biodiversity in the city in spite of difficulties in finding them at night.”