The second edition of Bengaluru Comedy Festival will soon kick off in the city, showcasing more than 50 home brewed and international artists from across the country.

BENGALURU: The second edition of Bengaluru Comedy Festival will soon kick off in the city, showcasing more than 50 home brewed and international artists from across the country.

The festival kicks off on November 9 and extends until November 13 with shows from Wednesday to Sunday at UB City.

City Express catches up with Bengaluru’s own stand-up comedian and improviser, Sumukhi Suresh who will be performing at the festival on November 11. 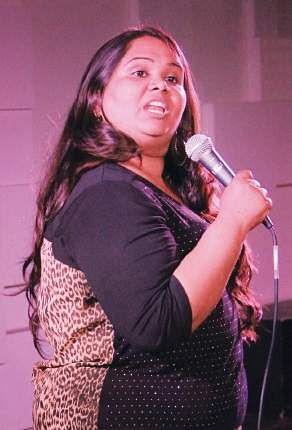 How much does YouTube success help an aspiring stand up comedian today?

YouTube helps in reaching out to a wider audience and thus helps you in having more live shows with a bigger audience. Of course just being on Youtube is not enough, the content you put has to be engaging enough for the audience to seek you.

Were you always funny?

I dont think so. I think I was always weird. Funny just followed.

Where do you find material for your show?

My family, my absolutely amazing set of friends (they are all a hilarious book in writing), also my impeccable sense of making horrible decisions and choices in life and  shoes.

What happens if they don’t laugh?

You finish your time with as much dignity as possible, go home and cry your mascara out as you write your set again.

How do you deal with hecklers?

I patronize them, or I submit to them but I make sure I am a good host and address them for sure!

When did you know that comedy was what you wanted to do?

Very recently. I quit my job in Nov 2015. It was the risk I took after my peers motivated me to make the move.

How do you go about writing a routine, especially when it is a collaboration like the ‘Go Straight Take Left’ sketch with Naveen Richard?

Naveen and I usually bounce off ideas of the sketch’s basic premise and see if it interests both of us, then we improvise the whole sketch, act it out as if it was happening and see which of the jokes worked and didn’t and write the sketch down and work on its ending. With his theatre discipline and our improv skills, we end up having a good product in the end.

At the show, you also let the audience in splits with green room conversations during scene changes. Whose idea was it?

I think that was something both of us wanted to do. Thankfully we started doing  a show together so we were able to check that wish off our list. In fact we are now coming up with another concept for the backstage banter.

What song would you have played at your funeral and why?

Atariya pe lutan Kabootar. Mostly because I love 90s B grade songs and my friends at my funeral will laugh and call me a b*$#h with all the affection they have ever had.

When I walked into a glass door at the most happening party in Bangalore. The song decided to end right at that time and everyone till the street could hear the “thud”

One which I haven't begged for!

This isn't really advice, but it is something my elder brother Aravind said about me- “Woe be to those who judge you only by your smile, for your smile is just a facade”

“When I buy a new book, I read the last page first. That way, in case I die before I finish, I know how it ends. That, my friend, is a dark side” - Harry Met Sally