We are nothing without the ‘hecklers’, says Sanjay

BENGALURU: From laughing out loud to his episodes on the dating culture in India, to nodding along to his hilarious take on presumptions about techies, Sanjay Manaktala is one comedian who has aced the art of evoking laughs from the millenials.

City Express catches up with the New York-born artiste, who is based out of Bengaluru, as he gears up for his show at the Bengaluru Comedy Festival 2016. Sanjay will perform on November 13 at Oakwood, UB City, at 8pm. 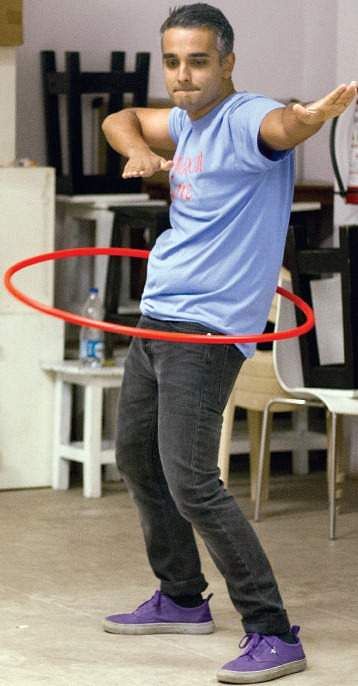 How do you go about writing a routine for your show?
I piece together my act, joke by joke, I don’t really have a central theme.  But each week if a joke hits, I’ll keep it and then structure it in a way that I feel works.

How much does YouTube success help an aspiring stand up comedian today?
Depends on your fan base.  People with 100K subscribers will still only draw out a few fans.  It helps when you’re doing your own show for promotions to sell, but if you really hit it big (300K or more), generally you’ll be able to sell out if you ride the upward trend well. But it definitley can make you in this business.

Your thoughts on The Bengaluru Comedy Festival.
It’s great to see and I’m glad it’s on the scale and style it is.

Do you see the stand-up comedy scene evolving?
Yes, the live sessions and workshops are a sign that the comedy community is growing and audiences are intersted in more than just conventional stand up.

Were you always funny?
With friends, yes, in public, no.

How did you take to comedy? That dramatic story about how you quit the job.
I didn’t quit my job, I just took a leave of absence and then I forgot to check back so they let me go.  But I’ve been working since I was 16 years old and at my job for almost 10 years, so I made sure I had enough time to plan for the switch.

Where do you find material for your show?
I try to live life (go to movies, dates, restaurants, play sports, go to gym and travel)  If you only focus on comedy, you’ll stop relating to the audience.  Plus it’s harder when you’re just in the club thinking of stuff you haven’t done.

What happens if they don’t laugh?
What do you mean “IF”? You deal with it.  Or you adjust.

How do you deal with hecklers?
I like to be playful with them.  They don’t need to be put down in 99.99 percent of cases, and we’re nothing without them (audiences).  Sometimes they just want to be part of the show, and they don’t understand the rules. So I try to get a laugh and move on, often at mine or our expense, but rarely their’s.

What are you working on right now?
Youtube videos, a book, stand up comedy, corporate bookings and my cousin’s wedding toast.

Best piece of advice you’ve ever gotten.
Opportunities multiply as you take them.