Cheer up for ‘spook-tacular’ cocktails this weekend 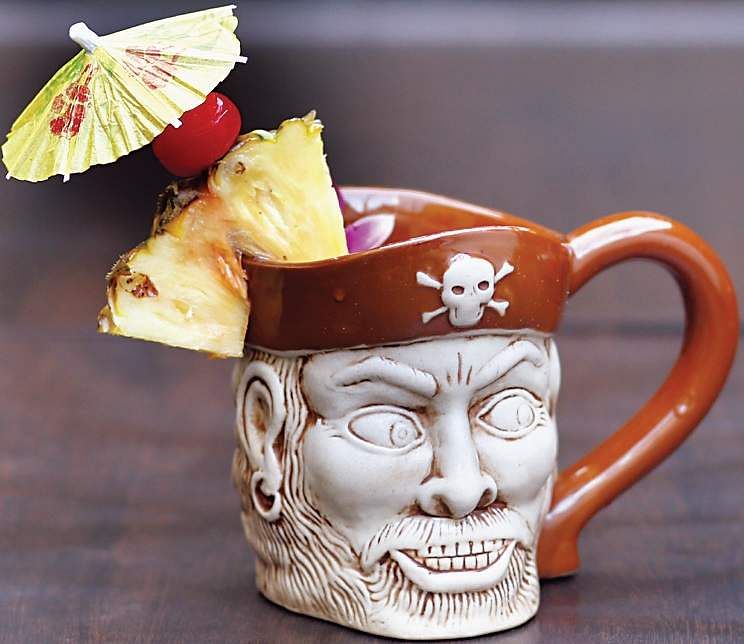 The pumpkin soup that set off the feast, was also one of the redeemable eats on the menu. The soup is creamy with spices that compliment the pumpkin blend quite well.
The crunchy veggie rice paper roll loses out on the crunch with the wrap, the carrot, capsicum and cabbage stuffing could have used a better wrapping.

The croquettes with vermicelli are crunchy but fall short of flavour with the stuffing.
The Burnt Garlic stir fried delivers and stands by its name and so does Cottage Cheese with Black Beans.
While the food doesn’t quite deliver in the festive spirit or from the taste angle, the cocktail sure did.
The Dead Reckoning was a favourite with a combination of rum and wine.

The Pineapple Paradise craftily blends white rum with pineapple juice and Carribean rum.
The Zombie Punch that is served in a skull, delivers quite an alcoholic punch with white rum and the recurring pineapple.

The pineapple cocktail series continues with Missionary’s Downfall, with the fruit extract complimented with an alcoholic blend that leaves a white rum after taste.
Also try Zombie version of liit - aerated and the Suffering Bastard that is topped with pineapple.
The place has a cosy ambience with big open spaces and comfy colourful cushion along with wooden tables.