I used to sleep backstage while mum performed : Shabana Azmi

BENGALURU: After being seen with Sonam Kapoor as her mother in the movie Neerja, Shabana Azmi will soon be in the city performing in Girish Karnad’s ‘Broken Images’. The play is being directed by Alyque Padamsee, the man behind advertisement characters like Lalitaji in Surf Excel, Liril girl and Chaplin for  Cherry Shoe Polish. In an interview with City Express, Shabana Azmi and Alyque Padamsee describe their love for theatre and more. 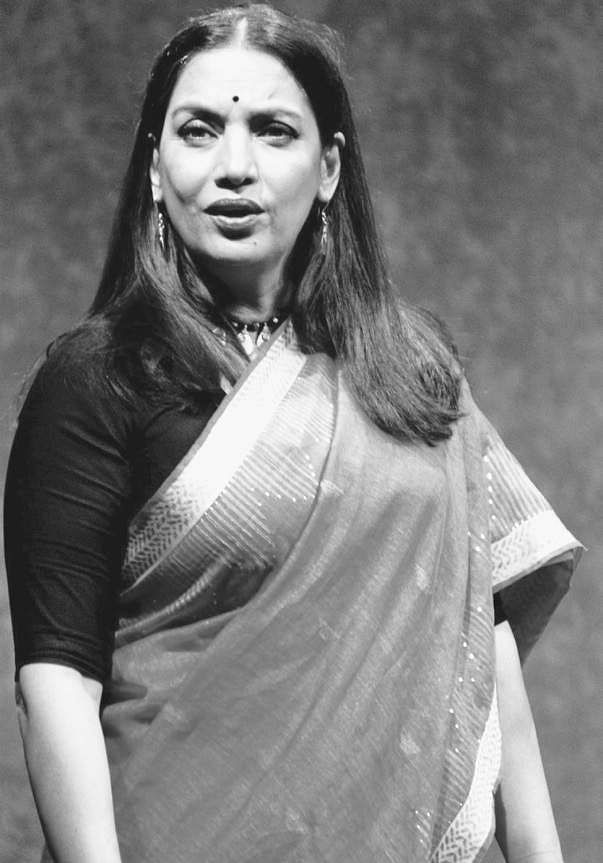 How different is acting in a movie than that on stage?
When I was just four-months-old my mother used to strap me on her back and take me to rehearsals, and during vacations I used to be sleep backstage when she was performing. So I literally grew up with the smell of greasepaint in my nostrils, so to speak. . . I did a lot of theatre in school and college. I formed the Hindi Natya Manch, where we started doing plays, and we’d win all the awards.
But I’m a professionally a trained film actor. I did a diploma at the Film and Television Institute, Pune, and I’m a gold medalist for the best student in acting. So, I do think that my primary identity is that of a film actor but theatre is in my bloodstream.

Can you tell me a little about “Broken Images” and your role in the play?
Broken Images is technically the most challenging play I have done. Malini is a prerecorded image on the TV screen and Manjula is the live character on stage. I had to do Malini in one single shot of 44 minutes and I got it right in the first take!
It is a first in my career. The timing is crucial. Also, If I make a mistake I have no co-star to rescue me because she is a prerecorded image. It requires fierce concentration

You were shooting for a movie for eight hours in a place, which did not have ventilation. What keeps you going?
Yes, it was very difficult! But, every profession has its difficulties and challenges! And honestly that’s what keeps you going isn’t it? It’s the mundane that kills.