BENGALURU: The pre-wedding celebrations was being held in an elaborate set that spread across 2.5 acres and resembled a rural landscape. Our source says that the guests could walk in through a temple structure, inside which were idols of Vishnu, Ganesha and Eshwara. The temple itself was  modelled after the Vithala Temple with its Vijayanagara architecture.

The hall adjacent to the entrance had people singing bhajans and dancers giving performances. “It will be a mela,” says our source. 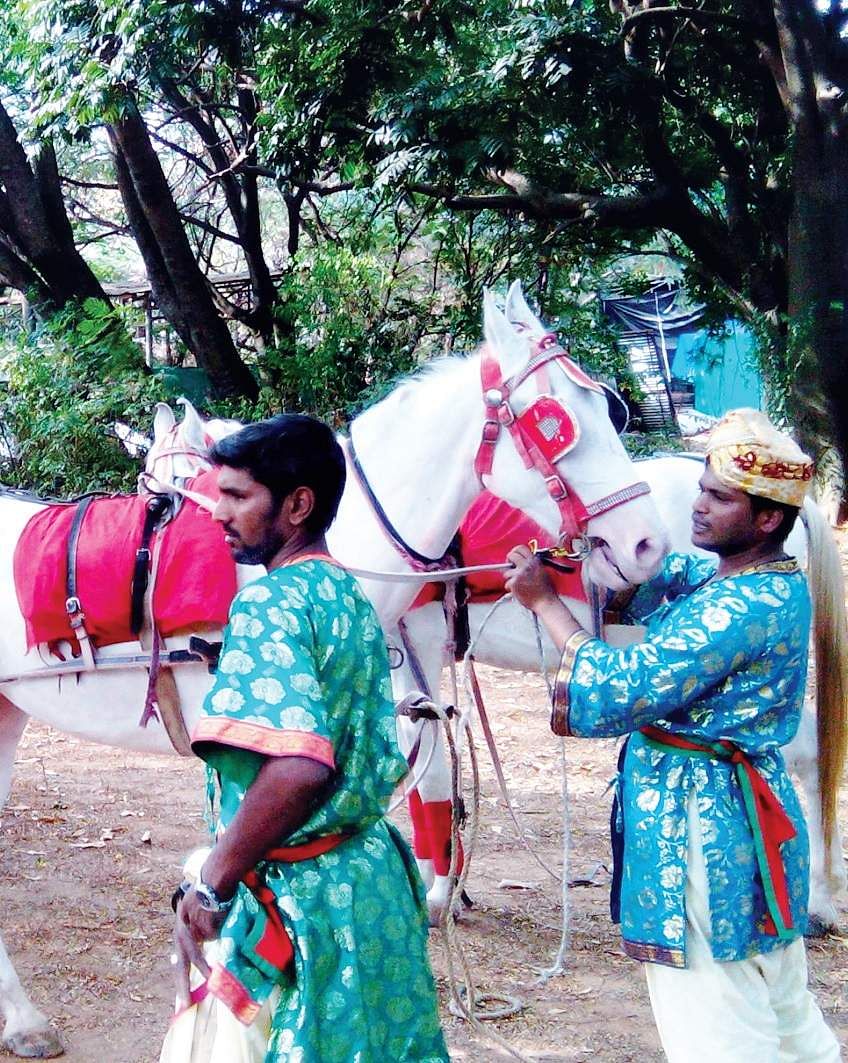 Once you walked through the mela, you entered a ‘village’. This replica had a road that ran along a tree with swings and a typical school, and it reached two houses connected by a bridge. “One house was modelled after a Karavali house and the other, a house in Andhra,” says our source. “Celebrations before the wedding were held on the bridge that connects the two.”

This elaborate set was designed by Shashidhar Adapa. This 61-year old art director, who has worked mostly in Indian cinema, is a three-time recipient of Karnataka State Film Award for Best Art Direction and was awarded the Chaman Lal Memorial Award for his contribution to stagecraft. We ask him about the set details, and the art director does not confirm or deny anything but says that the entire “credit” goes to Sai Kumar and Janardhan Reddy.

“It was their creative minds,” he says. “Janardhan Reddy is very fond of God, temple and its architecture. Since Vijaynagara is close to Bellary, where he comes from, he thought of recreating that architecture. Since Vittala Temple (in Hampi) and musical pillars have been intricate details, we went for it.” Vittala Temple, in eastern Hampi and by the Tungabhadra River, was built in the 15th Century. It is well known for its musical pillars that sound the Sa-re-ga-ma notes when tapped.
“It was a cake walk for me,” says Adapa, “because I have always been fascinated by temple architecture and study it in great detail.”

Apparently Janardhan Reddy has been keen on the rural aesthetic from the very beginning. He wanted replicas of temples of Yellama Gudi and  Valmiki, and the Ambedkar statue. Adapa says he cannot give us an estimate of the cost because “there are many factors involved”. He says he designed it with “loyalty” and his happiest moment was when the bride praised his creativity.The set designer took 24 days to finish this set and brought in 150 workers, mostly people who have been working in films.

“I also had 40 to 50 people from North Karnataka and few others from UP, Mumbai and Delhi. The molders were from Chennai.”Adapa makes a special mention of the flower decoration by Dhruva Kumar. “His floral decoration added glitz to the whole event,” says Adapa. “He has supervised the work of around 150 people, who were brought in from Chennai, Mumbai, and Thailand. I’d say 30 per cent of the credit goes to him.”