Roopa Rao, with her web series The Other Love Story, says you can’t fool people online

BENGALURU: Bengaluru filmmaker Roopa Rao recently won an international award for the best director for a webseries on a lesbian love story in New York.
If this was a few years ago, Roopa sure would have set several eyes rolling for portraying a lesbian love story between two Indian women, but things have changed believes the director, who wrote the story for the 12 episode long series.

The industry now feels like “that land where anything is possible,” she says. The Other Love Story also scored the highest number of nominations at the NYC Web Fest, with six nominations. “The struggles of same sex love is that one can not claim it to the world the way a straight couple could, but that struggle is the most beautiful romantic part for me as a story teller,” she says. 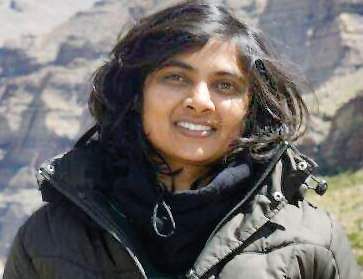 Roopa relates to the story emotionally too. “I have been in love (and) that has shattered every ego, every ounce of me and librated me and made me the person I am today. I relate to the love story of Aadya and Aachal - the intensity and the innocence with,” she says.

Few scenes from the series are straight out of her real life, such as the terrace scenes, the goodbyes near gate and the class bunking, love letters and greeting card exchanges. “In fact anyone from the 90’s could relate to those moments,” she says.

Roopa’s story reflects the lives of two college girls from middle-class families who fall in love with each other. With the series, the filmmaker reflects the love that blossoms in the gallis of Indian urban city.
She wrote the plot of the series about a decade ago, when she was still working with an IT company. What is her views on queer stereotypes in movie industry? “We have offered dumb stuff for long, but now with the internet, the audience is attentive so you can’t bullshit anymore, which is a sign that eventually we will move away from cliches,” she says.

So what does the international award feel like? “I feel it’s a recognition for honest story telling. It’s a glimpse of how the world is moving towards openness and how we are never alone in our fights that the Universe conspires through you,” she says.

She also credits her team for the glory. My editor Bharath MC, music director Aprajith, sync sound artist Malay Vadalkar and sound artist Jamie Desilva have all worked on the project out of sheer love for cinema,” she says.

The struggles she face while making the movie? “Finding Hindi speaking actors was difficult in Bengaluru,” says Roopa.

She also had one actor pulling off a day before the shoot. Roopa didn’t have a traditional audition for her lead actors Shweta Gupta and Spoorthi Gumaste, instead, she just sat down with them and had a chat to know if they’ll fit the role.

Struggles? Plenty, says the director and glory from Indian award functions? None yet.
“No, because no festival here has web category. Call it old fashioned yet,” says the filmmaker.