Considering the cash situation, BMTC has issued a special pass worth Rs 500 which will be valid till November 24.

BENGALURU: Ever since the demonetisation of Rs 500 and Rs 1,000 notes, both commuters as well as conductors of BMTC (Bangalore Metropolitan Transport Corporation) are having a tough time finding change. Unfortunately, BMTC’s smart card project has also not kicked off yet. As a result, the cash flow crisis has affected the ridership of BMTC. Considering the situation, BMTC has finally issued a special pass worth Rs 500 which will be valid till November 24. 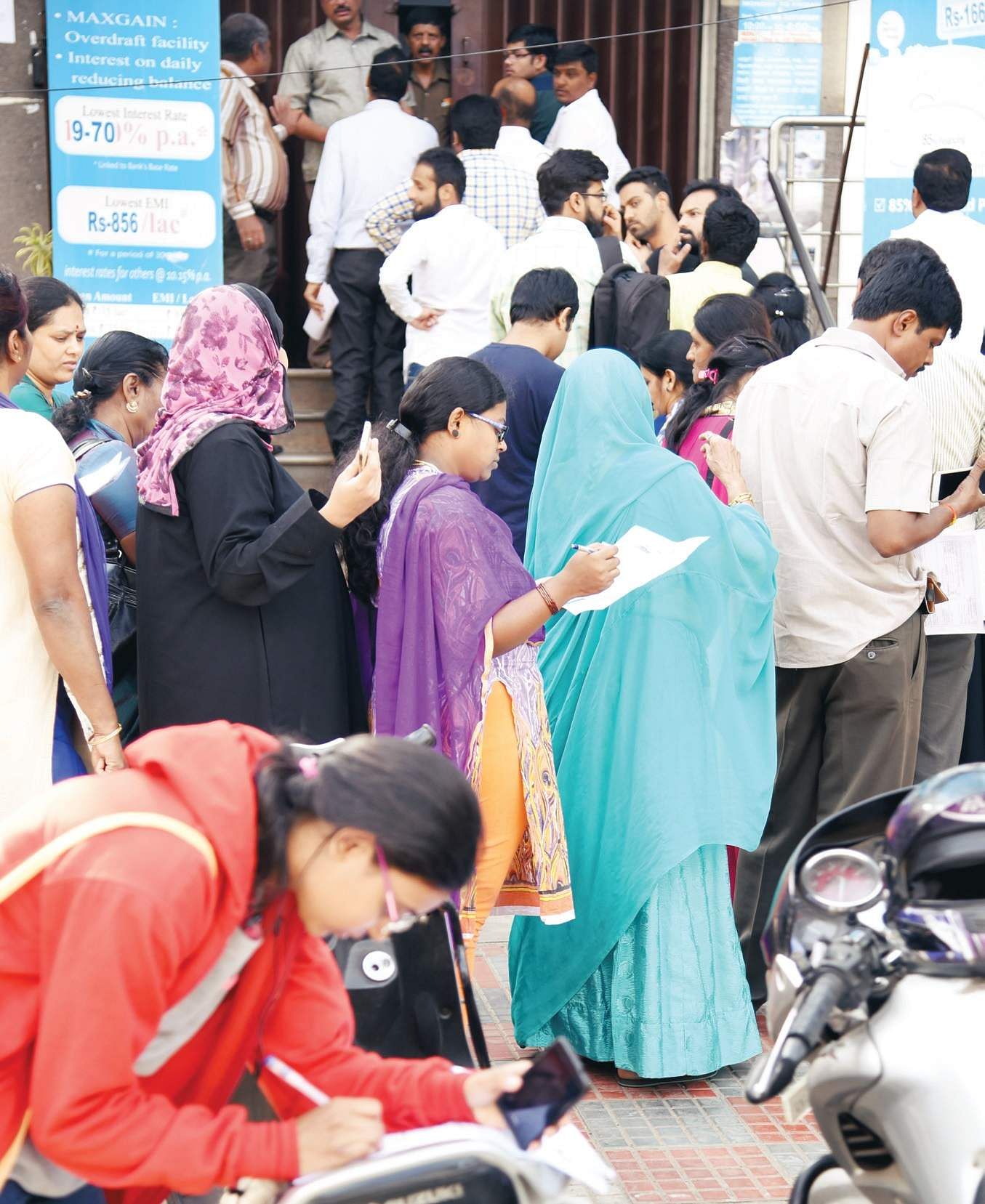 Rakibul Hussain, a passenger commuting from Jayanagar to Majestic, said, “I have been having arguments with the BMTC conductors daily over change. Neither of us has any. Last time, I gave him a Rs 2,000 note. He told me he will give me the change after some time. When my stop came, I asked him for the change, then he said he cannot accept the Rs 2,000. I did not know what to do and we had an argument. Finally, I had to leave without paying him anything.”

Rajitha Nair, another commuter travelling from HSR Layout to Koramangala, said, “I normally travel in BMTC buses. But the last few occasions I have seen chaos in the buses due to lack of change. So I have started taking Uber and Ola share cabs. But how long can I depend on them? It’s a drain on my pocket.”
Now that the government has extended the date of accepting the old series of Rs 500 and Rs 1,000 for certain categories, BMTC is accepting them.

Managing Director of BMTC, Ekroop Caur said, “Since the circulation of Rs 10, Rs 50 and Rs 100 is scarce, commuters and BMTC staff have a difficult time. We observed a decrease in ridership as well. Had we known this was coming, we would have pushed the smart card project on a priority basis. But now, with the special pass for the next 10 days, we are hoping things will fall into place.”

Queue for withdrawal gets longer
Tuesday saw lesser crowd at banks compared to the last six days. Now, there are more people lining up to withdraw cash than those queuing up to exchange the old notes. Gangadhar, divisional manager of Canara Bank, MG Road, said, “Yes, the crowd reduced to a certain extent on Tuesday. It has become comparatively easy for us to function now as a majority of people are coming for withdrawals. Previously, most of them came to exchange the old notes. Since November 17 (Thursday) is a bank holiday we are expecting good crowd on November 18 and 19.” The situation at ATMs too has improved from what it was over the last few days. However, the issue of them running out of cash is persistent.