‘I practise with my drumsticks and pillow in car’

We all enjoyed watching him cheer Chennai Super Kings during Indian Premier League in 2008 and 2010.

BENGALURU: We all enjoyed watching him cheer Chennai Super Kings during Indian Premier League in 2008 and 2010. As Shivmani performs in Bengaluru today, at Ahimsa, he tells City Express about how he meditates backstage, “just before going to stage”. “I also practise in my hotel room and in the car using my drumsticks and the pillow,” he says. 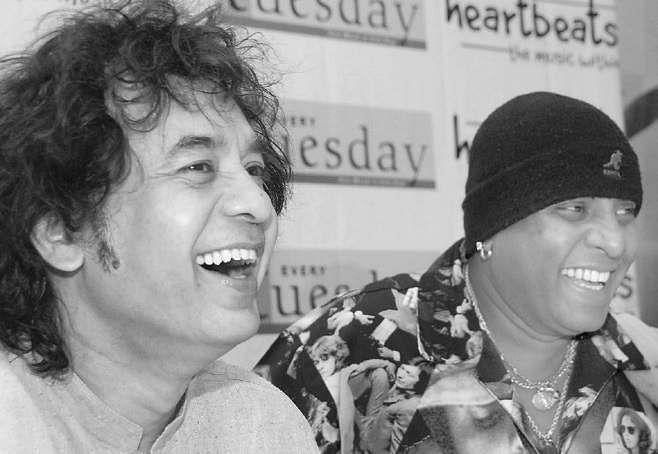 He gives credit to his mother, gurus, “the senior musicians that i have grown up listening to and have been performing with,” for his success. One incident he recalls is when Zakhir Hussain called him on stage to perform with him and that moment has brought a major change in his life. “In the early 80s, Zakir bhai had called me to watch called me to watch his concert in Mumbai. I was a nobody. But he had met me and knew that I had some potential. I was watching the concert from the side wings . In the middle of the concert, he asked me to join him on stage and perform with him. That changed my life totally. Now, I do the same to younger musicians who come to watch my concerts,” he says.

Sivamani gained recognition with his role as A R Rahman’s lead percussionist. “It was always a pleasure working with A R Rahman, being childhood buddies, it’s more fun than work and the results are always special,” he recalls.

But his experience while working with CSK was different for him, he says, “It was different because I would play music every time the team hit a four or six or when they took a wicket. Being the brand ambassador, my job was also to get the crowd excited through my music. This would spread positive energy  from the crowd to the players on the field,”

He can’t think of life without music, he says, when asked what would he have been if not a musician. He keeps audience engrossed as he plays multiple instruments simultaneously. “Regular practise has helped him,” he says.

His stint in movies that he was part of -- Padamati Sandhya Ragam (supporting actor), Sirivennela (cameo), Madaari 2016 -- was fun, he says. “It was a different experience as there you perform as per the director’s vision and also use different set of skills,” he explains.