BENGALURU: Indian cricket players have their net worth in millions but the country’s para-players struggle to raise minimum funds to organise a wheelchair cricket event.

With the idea to create an equal platform for physically disabled athletes, Shiva Prasad, who ranks fifth in the national ranking on wheelchair tennis formed an NGO with four of his para-athlete friends in May 2016.

“The wheelchair cricket has been widely played in the northern part of India especially in UP. It is the first time we are doing it in Karnataka,” says Shiva Prasad. 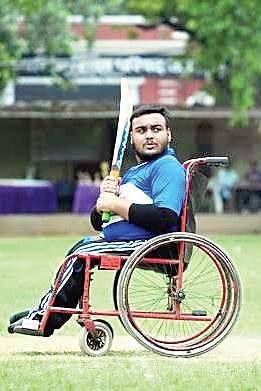 The international tennis player adds: “The State government provides only Rs 30,000 as sponsorship”.

Many para-athletes quit sports because of the lack of support from the government, but the same reason motivated the formation of this NGO.

“St John’s Medical Ground has already been booked,” says Shiva and the NGOs first project will take place. “Three states, UP, Tamil Nadu and Delhi have given their confirmation to participate in the event. We have sent more invites but three teams would be great to start with,” Shiva adds.
Shiva started playing tennis four years ago and has already scaled in the Indian tennis ranks,. He says he has been playing cricket since he was a child.

The idea to organise the event came three months ago but it was not though about on a grand scale. The captain of UP wheelchair team Somjit Singh, advised the NGO to have it on a major scale.

“The 14-member squad is coming from UP to participate in the event. It will be Karnataka’s first so we are very excited,” says 21-year-old Somjit Singh.

The team was formed in 2015 under the National Indian Association of Cricket for Wheelchair Users.