In the past five years, Bruhat Bengaluru Mahanagara Palike issued licences to only 200 dogs in the city.

BENGALURU: In the past five years, Bruhat Bengaluru Mahanagara Palike issued licences to only 200 dogs in the city. On Sunday, however, the civic body outdid itself by issuing licences for 235 dogs in a matter of just five hours.A total of 235 dog owners got their pets registered for a fee of `110 each in Cubbon Park on Sunday. Dog owners had come from as far as Whitefield and Kengeri. 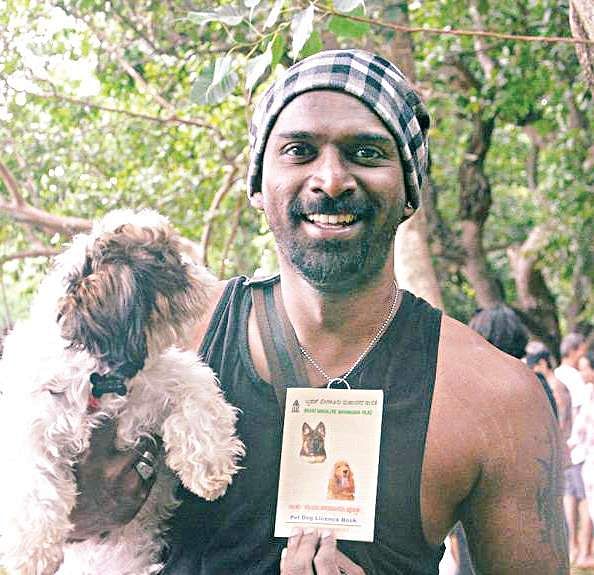 Civic activist Priya Chetty Rajagopal had been trying to convince BBMP officials to hold such an event for over a year. Her successful protest against cutting trees at the government veterinary hospital on Queen’s Road gave her the opportunity to talk to several BBMP officials about the need for providing licences to dogs. And those interactions finally led to Sunday’s event.

Due to logistical issues, the event was only open for members of the group called Cubbon Park Canines. Seven director-level Palike officials and two staff members oversaw the process. Priya said, “We usually tend to paint BBMP officials as villains but they were great today. They were given only three to four days’ notice and did all of this without a break.” About 20 volunteers of different ages ranging from 22 to 65 helped with the event.

Priya explained that rules for mandatory registration of dogs exist in other cities but not here.
As per the proposed bylaws by BBMP, every dog owner should obtain a licence to keep the dog at home and renew it every year. It also involves implanting a micro-chip in the dog and making it wear a badge and collar with licence information.

In fact, many happy dog owners were heard referring to the licence as the ‘Aadhaar card’ for their dogs.
At the event, about 36 per cent of the dogs that had been brought were neutered and about 30 per cent were adopted - showing a positive sign of people becoming more responsible.
BBMP and activist groups plan to conduct the event three more times in the next three to four months in Jakkur, Sarjapura and Frazer Town.

Priya’s trust began a #Nomorelostdogs campaign two months ago wherein they arranged for plastic tags to be attached to dogs. The cards contain contact details of the owners. They are also in talks with BBMP to reduce the red tape for animal welfare NGOs. Currently, each payment to an NGO has to be approved at 39 tables before it can be passed.