BENGALURU: Five teams from the city and three from other parts of the state will take part in what is perhaps India’s toughest international off-road motorsport event, the Force Gurkha RFC India 2017 that will start today in Goa.A total of 40 teams will take part in the 10-day event that is the Indian equivalent of the famous Rain Forest Challenge of Malaysia that is one of the ten toughest motor races in the world. 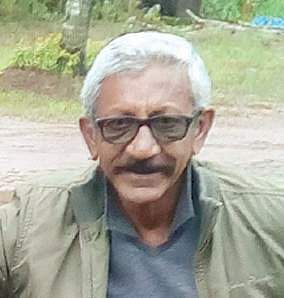 Jagat Nanjappa, one of the participants from Coorg, is a well-known name among the pan-India rallying fraternity and has won the National Rally Championship nine times. “Last year we learnt that we need a very reliable vehicle to ace this Challenge in Goa. This year, we have built a more powerful vehicle altogether. We are relying on our vehicle to perform well, if that holds out we’ll be good in the competition this year,” says the vetern 59-year old rallyist who first started competing with motorcycles and later switched to four-wheelers.

Another participant, Lokesh Shivaraja from Bengaluru is a podium finisher in Palar Challenge, a winner of the JK Tyre Orange 4X4 Fury in Arunachal Pradesh and the JK Tyre Xtreme 4Play in Chandigarh. “The Goan race requires the machine as well as the person handling it to be incredibly fit. We have never been into such tough endurance earlier,” he says. Lokesh has been a huge fan of rallying sports since his childhood and says, “I loved watching WRC (World Rally Championship) and other rally events, that’s how I got into rallying.” Sibi Paul, a Mahindra Off-Road champion in 2014 and an RFC 2017 participant, says, “Till last year, I was just walking around the competition venue and learning the nature of stages. This year I want to have a good feel of competition from behind the wheel. My strategy is that I just want to compete, fearlessly attack all the stages and complete the event on a successful note.” Sebi has been off-roading since mid 90s and is a farmer by profession. “My work requires me to off-road too often,” he adds.With eight teams, Karnataka has the highest number of participants at the off-road race.

26 challenges in the race

This is the fourth edition of the Force Gurkha RFC India. Organized by Delhi-based Cougar Motorsport, it is the India Chapter of the iconic Rainforest Challenge of Malaysia. Every year, since its launch in 2014, it is the top three toughest chapters of Rainforest Challenge Global series. The rally has over 20 chapters worldwide in various countries.

The competition will have 26 challenges that will test the contestants’ driving and vehicle recovery skills, team spirit along with their physical and mental endurance under extreme off-road conditions. The event follows a point system, wherein the team with maximum points at the end of the competition will claim the title of the champion. The top prize is $8,000 cash along with a free entry to the RFC Mother Event in Malaysia.