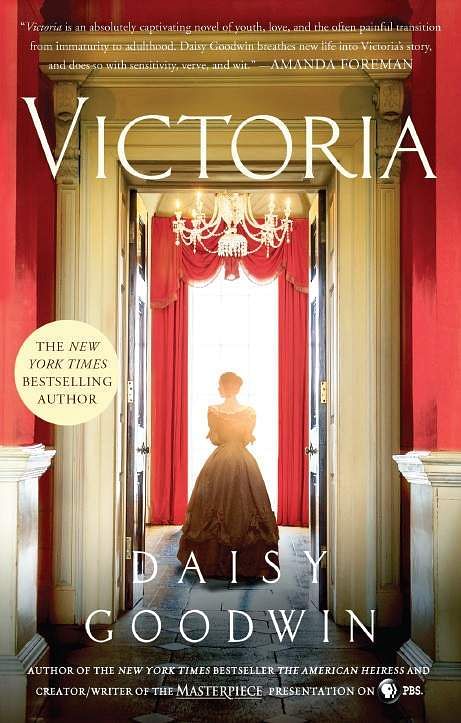 Drawing on Queen Victoria’s diaries, which the author first started reading when she was a student at Cambridge University, brings alive the young nineteenth-century monarch, who would go on to reign for 63 years. One morning, less than a month after her eighteenth birthday, Alexandrina Victoria is roused from bed with the news that her uncle William IV has died and she is now queen of England. The men who run the country have doubts about whether this sheltered young woman, who stands less than five feet tall, can rule the greatest nation in the world.Despite her age, she has very definite ideas about the kind of queen she wants to be, and the first thing is to choose her name.“I do not like the name Alexandrina,” she proclaims. “From now on I wish to be known only by my second name, Victoria.”

The Summer Before the War
by Helen Simonson
Pages:512

Simonson’s dense follow-up to the bestselling Major Pettigrew’s Last Stand focuses on gender, class, and social mores in the town of Rye in Sussex, England, at the dawn of World War I. Following the death of her father, who raised her to be intelligent, writer Beatrice Nash looks forward to tutoring three boys in Latin. Her advocate is the shrewd Agatha Kent, a discreet progressive who’s married to a senior official in the military. The childless couple love their grown nephews.As a woman, Beatrice doesn’t have much clout, nearly losing her job to nepotism and being dismissed by her favorite author, her relatives, and her dad’s publishing house. A heartbreaking but satisfying ending seems fitting for a story about the social constructs that is unfair. Cass is having a hard time since the night she saw the car in the woods, on the winding rural road, in the middle of a downpour, with the woman sitting inside—the woman who was killed. She’s been trying to put the crime out of her mind. It’s a dangerous road to be on in the middle of a storm. Her husband would be furious if he knew she’d broken her promise not to take that shortcut home. And she probably would have been hurt herself if she’d stopped.But since then, she’s been forgetting every little thing: where she left the car, if she took her pills, the alarm code, why she ordered a pram when she doesn’t have a baby. The only thing she can’t forget is that woman, the woman she might have saved, and the terrible nagging guilt, the silent calls she’s receiving, or the feeling that someone’s watching her.

The Wall
by Sowmya Aji
Pages: 224
Drawing its narrative strength from several folk forms, Sowmya Aji’s novel is an amalgam of intense love, jealousy, revenge and unrealised dreams. The reader is transported to another world, one both like and unlike ours, where the presence of the titular wall is as real as it is metaphorical.’ —Vivek Shanbhag A stone wall at the periphery of a village somewhere in Karnataka guards a dangerous mystery. Yet, four generations of women from the headman’s family – helpless and spirited, headstrong and weak with desire – have a wayward fascination with it. And with Annaiah who comes, some say, from across the wall. Tradition and subversion coexist with superstitions and the slow advent of modernity in this powerful novel where time is a wilful beast and the gods walk among us.