The state government has passed an order to shift 60 industries from the Bellandur lake catchment area.

BENGALURU: The state government has passed an order to shift 60 industries from the Bellandur lake catchment area. A total of 74 industries are located in that area.

The government advocate gave this information to the Karnataka High Court on Monday during the hearing of a public interest litigation (PIL) filed by Rajya Sabha member Kupendra Reddy seeking directions to protect Bellandur lake. 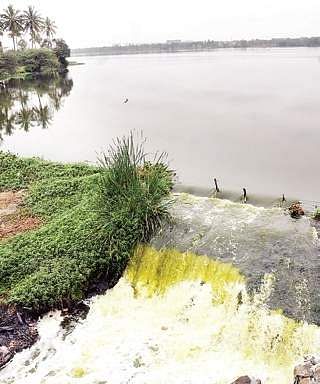 The advocate also informed the court that the operation has been launched for weeding of the lake.

Meanwhile, the BWSSB has submitted a report to the court regarding the underground drainage problem in the city.

Recording the submission of the government advocate, a division bench of Chief Justice Subhro Kamal Mukherjee and Justice P S Dinesh Kumar asked the authorities concerned to submit a status report explaining what steps were taken for restoration and rejuvenation of the lake in six weeks.

The High Court had appointed Mahendra Jain, Additional Chief Secretary, Urban Development Department, and T M Vijay Bhaskar, Forest, Ecology and Environment Department, as special officers to look into the present status of the lake and take all remedial measures to restore and rejuvenate the lake.

Earlier, the National Green Tribunal had issued directions on April 19 to the Urban Development Department to clean the lake in a month’s time. Following this direction, BDA, BBMP, BWSSB and KSPCB began work at the lake, including de-weeding, installation of CCTV cameras to keep track of garbage being dumped in the lake, issuing notices to industries around the lake.