Taking science to the public

Everyone has an interest in knowing science.

BENGALURU: Two common problems that people in science complain about is the chasm between the subject and the general public, in which sprout ridiculous memes about carcinogenic deodorants and flesh-eating worms. Another, the low employment opportunities for numerous research scholars in academia.

Students and an alumni group of the Indian Institute of Science (IIISc), Bengaluru, are taking a number of initiatives to address these issues.

There are few jobs: After his study stints in Germany and the UK, Vishwnathan Duppatla, a former P.hD student at IISc, came back to the country to become an entrepreneur. Six months ago, he set up a company in Hyderabad to connect clinicians with research.

“Usually medical doctors and clinicians do not go for research as there is little money. Many of them do not understand the importance of research and prefer practice. A combination of the two is, however, very important if one wants to make new discoveries and innovations,” he says. 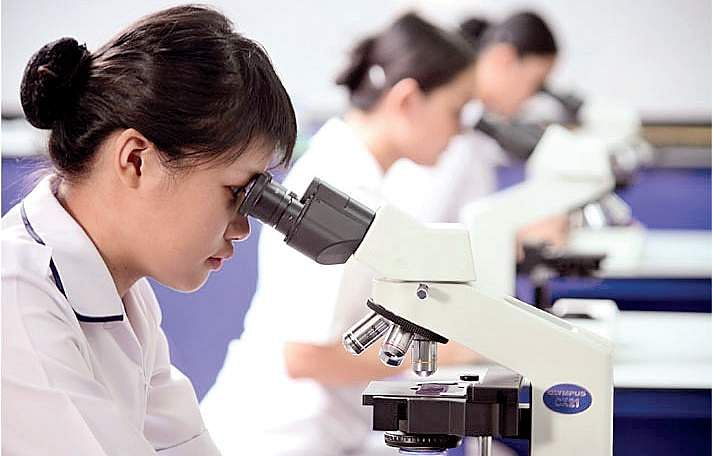 Vishwanath dug into his alumni association through the Career Support Group (CSG), an IISc alumni and networking group that was started in 2015, and got the know-how and contacts to start his company. “What would have taken at least a year was done in around four months and all this is due to the CSG. My entrepreneurial journey would have been much harder and costlier had it not been for these contacts,” he says.

With an absorption rate of around 4 per cent of the total research graduates passing out every year, there is just not enough jobs in academia, says Ipsa Jain, a PhD student and an active member of the CSG. The low research funding every year is also not helping matters and has forced many to search for careers elsewhere. A recent example of this is the severe fund crunch faced by country’s largest research organisation, Council of Scientific and Industrial Research (CSIR).

Although started by IISc alumni, the CSG and its resources are open to one and all. “Our group is open to all STEM (science, technology, engineering, mathematics) field institutes and students,” adds Ipsa. The group itself has evolved from a being an IISc alumni association to a network of around 6,000 STEM students throughout the world.

Other career opportunities that the club promotes is in the field of science communication, science writing, pharma industry, technology, research management etc. “We have the Data Science Club, IPR Club, Science Entrepreneurs Club where people can get an idea of how to get into these fields. There have been quite a few success stories like Vishwanath,” says Ipsa.

In an online post on why the CNG was started, Ananda Ghosh, one of the founders of the group states,

“Although most IISc PhDs would love to spend their entire life in science, the present funding scenario with too many graduates in biotechnology or other natural sciences has created a very unstable future for the PhDs. We saw top US universities like Yale, Cornell, NYU, Columbia have a very aggressive career counseling offices working day and night for PhDs to help them from getting disillusioned with failure to secure tenure-track positions.” The objective of the forum is to crowdsource ideas and knowledge about how the real world works and what needs to be changed if one has to seek a job outside academia, adds Ananda.

Just two months ago, a group of around 12 students from the Institute started the Science High Club aimed at reaching out to the public and to help them understand science through talks and discussions.

The club held its first talk just a week back at a cafe and it was very well received. “We plan to hold such talks at least once a month,” says Subhash Kairamkonda, who just completed his Ph.D. He plans to give the second talk under the Science High Initiative very soon.

“One of the problems is that the science community often talks only to its peers, or highly learned in scientific jargons. There is a wide communication gap between public and science. In USA, science talks and conversations in pubs and bars are quite common. I thought we could have something similar here,” says Ipsa.

Science students here were requested to come forward and make a group where they go around the city and talk about simple science to people. Students from National Centre for Biological Sciences and Jawaharlal Nehru Centre for Advanced Scientific Research, Bengaluru, have come forward help organise and participate in more such talks. “Science need not be your profession, but should be a way of life,” adds Ipsa.

Demystify, simplify science: Besides the above two goals, the CNG also aims at cutting out the “fiction” that is peddled as science in this age of ‘fake news’. “On social media, a lot of nonsense masquerades as science. And such posts, sadly have a million views and many shares. It means that everyone has an interest in knowing science. Only the aptitude is lacking, where right information can be picked from loads of, well, bullshit.”

The group has a website called the SciWri that posts articles and blogs by academics, the entrepreneurs, policy makers and aims to bridge the gap between society and science.