Classic tale to be retold by the navarasas of Bharatanatyam

One theatre group in the city will go beyond the usual to present the classic play “Dance like a man”  by Mahesh Dattani  in the city.

BENGALURU: One theatre group in the city will go beyond the usual to present the classic play “Dance like a man”  by Mahesh Dattani  in the city.  The story about two  Bharatnatyam dancers, Jairaj and his wife Ratna, will be told through classical moves.

The play is presented from the eyes of a dancer through the “Navarasas of Bharatanatyam”.  Director Sarbajeet Das will bring about the concept of fossils from the point of view of dance and stylised staged reading in English.

The story of two Bharatnatyam dancers - Jairaj and his wife Ratna who have passed their prime is contrasted with that of their daughter Lata, who is at the verge of establishing herself as a talented dancer.

When asked about why he chose a classic play, the director says, “To present classics, I face the challenge of playing with two brains. The classics I have showcased are by eminent actors and grand productions”.

For those who have watched the classic, the new version will be a sweet shock, he believes. 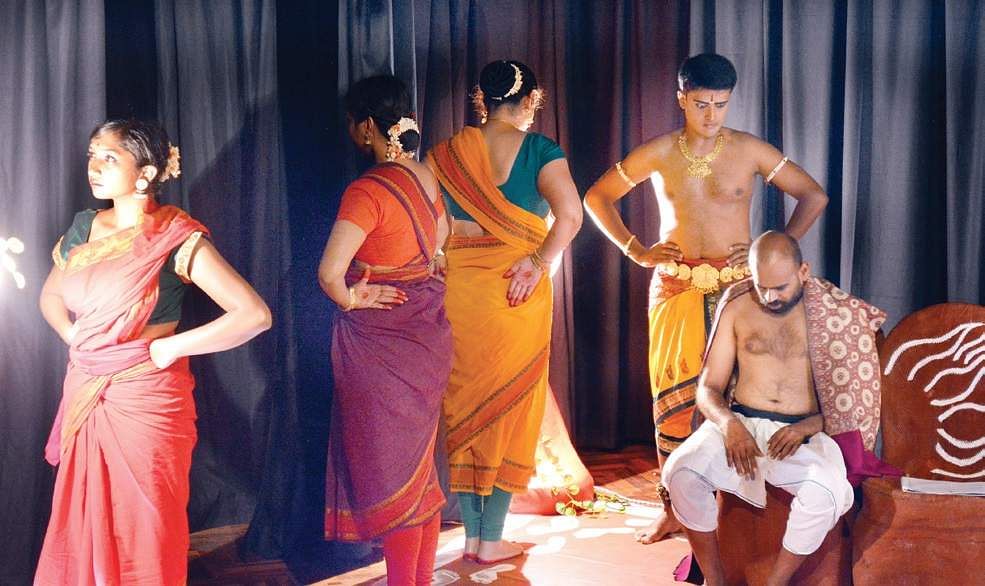 The play shows a man fighting the wraths of gender discrimination and circumstances, a woman curtailed of her ambition by family obligations; the play moves pages by pages to keep the arguments moving.

While the audience are drawn into the dark secrets of the family relationships and the tussle between generations.

Rahul Joshi who plays the role of younger Jairaj talks about his journey from production team to being an actor in this play. “The most difficult part was the last scene where I had to understand the backstory and present the depths of the character.”

“Sarbajeet is one director who goes beyond the character and emotions and things that are unsaid. My role was more demanding and I then wanted to do this role,” says Sugandh Rastogi who plays Older Ratna.

The theatre group behind the production — “Theatre on your own (ToYo)” presents stage readings and showcases a different perspective on classic plays.  Started  in the early months of 2015 by Sarbajeet Das, the group holds “Chuski Natak ki”, where they read classic plays and explore different formats of storytelling from the work of renowned playwrights.

“Targeting one play per month, we come up with a new version of these classics and present it”, says Faria Fatma associate producer and marketing head of ToYo. Mohan Rakesh’s - “Adhi Adhuri”, Vijay Tendulkar’s - “Sakharam Binder” and the recent Mahesh Dattani’s - “Dance like a man” are the plays they have staged so far.

Rupam Mishra who is a theatre artist says, “ToYo interprets a classic play in a different way. They are very promising”.   The group is scheduled to come up with its ToYo original series along with its classic play series soon. Catch “Dance like a man” at Atta Galata on June 11, 4.30pm and 7.30pm.