Will the raging goddess save a village from time?

Karimayi is set in Shivapura, where a myth rules lives

BENGALURU: Chandrasekhar Kambar’s Shivapura is where myth is more real than reason. Its inhabitants live by the will of Karimayi, a lower-caste goddess who married a saint Jademuni and angered the demons and the gods, who then slaughter her husband and rain arrows on her womb. The raging goddess chases them down on a tiger and drinks their spilling blood, and threatens Lord Shiva into giving her back her family. She, who is now served by the demons who have been turned into many million honeybees that inhabit her temple, watches over Shivapura. 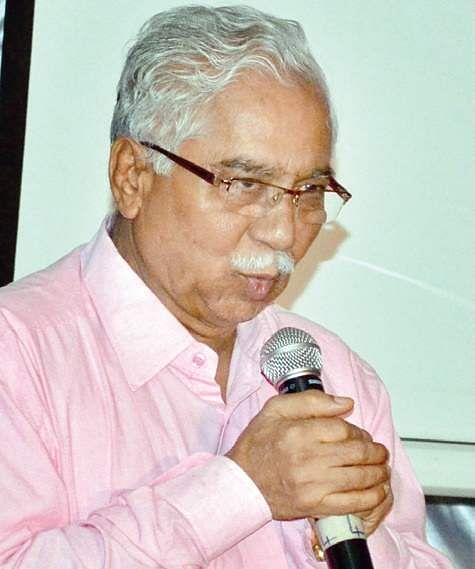 Kambar’s story shows an idyllic village happily governed by this tempestuous divinity and benevolent patriarchs, who are Gowda and his Brahmin accountant and advisor Dattappa.  Into this happy picture, steps in modernity in the form of an educated lawyer Gudsikara. When India gets its independence, Shivapura gets a letter asking its residents to set up a panchayat.

And the good-natured Gowda believes Gudsikara can lead Shivapura into the new era. Everyone else is doubtful and angry, but Gowda is a believer of human goodness and ‘hands over’ charge of the village to the young leader.

Gudsikara is brash and impatient with the rhythm of Shivapura’s life, and inevitably there are clashes. Myth and the soul of the little village struggles to survive. Will Karimayi save her children once more? Or will she be brought down by the shape-shifting monster that is modernity? The author is concerned with these questions and introduces his anxieties through symbols -- there is the brandy that corrupts a simpleton Nayalya and there is the radio brought in by a flashy villain.

The reader ends up empathising with the tender Shivapura, tossed and turned by whims of wily outsiders. You consider different ways of living, ones in which logic and individual interests do not guide the days. People of Shivapura live by the shared stories and even by Duttappa’s guiding book — the ... Chintamani, because one half of its title was torn away at some point in time.

There are such gentle, ironical jokes the author makes about Shivapura’s life; there is one where a young girl’s first intercourse with a man leaves blood on the goddess’ idol and the residents are scared that it is from the angry Karimayi’s dagger. And the story carries on, as if this were true.

In all the good humour, there will always be questions about how democratic such a village would be or how open it would be to individual rights and social equality. There are no pronouncements made, but there is no missing the yearning for simpler times.  The Kannada book was first published in the 1970s.