Tech that waters your garden

Watering and taking care of the plants has always been a worry to every gardener.

BENGALURU: Watering and taking care of the plants has always been a worry to every gardener. A techie who resorted to solve the watering woes of a gardener came up with the idea of a 100% automatic programmable device for watering the plants. “Tech Maali” is the name of this automatic watering machine.
All you have to do is feed the data on how much water supply is needed for each pot and in how many intervals and the machines takes care of the rest. 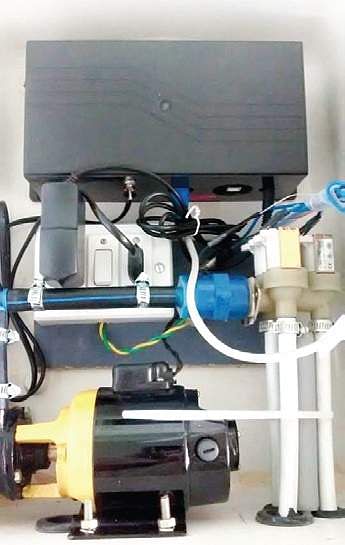 Ashok R Ahuja the founder of Tech Maali talks about how he came up with the idea of Tech Maali. “ As a social worker I was disappointed to see that the saplings (2000 and more saplings) that we planted  were not watered properly despite the water tanker person being paid for the work,” he says. Only two of his saplings grew  into a tree after two years. “That’s when I thought about the problems faced by people in watering the plants he adds.

Ashok then started his survey on the various problems faced by different people with various occupations from young employees to old people and farmers. He recalls a poster he had seen.  “Technology owes an apology to ecology - was a line that I once read and then I wanted to change this. Technology will only do what people want it to do”, he says. Being a techie himself he disagreed that technology isn’t responsible and it’s humanity that owes an apology.

“Timed solution is a good idea is what i thought”, says Ashok, who then made a machine, which works on a microcontroller. He went on modifying his machine taking inputs from people as per their requirements. Initially he did not have a machine for terrace gardens and then later improved Tech Maali with integrated pumps for terrace gardens as well.

He added, “One things lead to the another and with improvements according to the requirement of a garden, Tech Maali can now be adapted to any garden or farm.” Tech Maali turnkey installation includes identification of zones, supply and installation of timer, pies and emitters and also training about reprogramming to the user. He says, “People love the pricing of my device, as a small organisation we are able to fulfill our customer’s expectation.”
Tech Maali, was started four years back by Ashok Ahuja with the machine being used for a home garden and it now can meet the requirements of any terrace garden, balcony or farmland.