When your domestic help starts recognising her worth as a worker

To commemorate the International Domestic Worker Day, Azim Premji University is hosting a two-day exhibition titled “From ‘Servant’ to ‘Worker’: The Work and Lives of Domestic Workers in Bengaluru”.

BENGALURU: To commemorate the International Domestic Worker Day, Azim Premji University is hosting a two-day exhibition titled “From ‘Servant’ to ‘Worker’: The Work and Lives of Domestic Workers in Bengaluru”.
The exhibition is based on a number of oral life histories collected from domestic workers from different parts of the city and documents experiences of these workers who are from different castes, ethnicities, religions and age groups. The research is a part of Bangalore Livelihood Project by the professors of Azim Premji University Rajesh Joseph and Balmurli Natrajan. 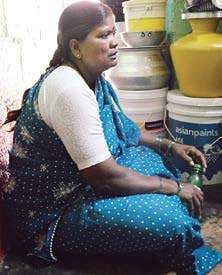 Rajesh Joseph says, “It is about how domestic workers play their roles in the globalised IT hub of Bengaluru. They are mostly women who work in different houses for a few hours to earn some extra money.”
He adds, hence, these workers do not realise they have certain rights. “These rights include the hours they work for, rate per hour, leave and bonus.” But there has been a gradual shift from servant to domestic work.
Don’t give sari, give cash

He cites an example: “Earlier, the employers would give a sari to them during festivals. But the workers started saying they do not need saris but money so that they can buy one of their choice. Later, they started demanding bonus saying they have been working for a year at the same place, hence, they need a month’s pay as bonus. It’s a mild shift towards identifying themselves as a worker.”

Balmurli Natrajan says that the struggle for formalisation is a battle between the classes. “Businesses, middle and upper middle class employers do not want to pay more than what they are paying now to their domestic help. With formalisation, the state policies will change,” says Balmurli.
There is only a verbal contract between the employer and the employee. “The workers now negotiate minimum income based on their work,” he says.
The team visited and attended several union meetings across the cities since 2015. “We observed what issues they talk about, the problems in their households and daily lives and the issues at work,” Rajesh says.

“All migrants face the problem of not being recognised as a legitimate citizen of the city,” says Balamurli.
Even if they have lived all their lives here, some one as old as 70 years of age is still viewed as an outsider and not a local, adds Balmurli. This affects the payment they receive. The newly arrived ones work at a lesser salary than the local workers, says Rajesh.