A group of artists from the across the country will be showcasing their works at the Whitefield Art Collective at VR Bengaluru.City Express catches up with a few whose art works will be on display fo

BENGALURU: A group of artists from the across the country will be showcasing their works at the Whitefield Art Collective at VR Bengaluru.City Express catches up with a few whose art works will be on display for a month.

George Martin PJ, 43 has created a moving sculpture as part of VR Art Car Project. “ I have used psychedelic colours on the surface of the car, along with motifs, signs, graphics – that will represent the city, the life here, the moments from daily life,” he says. 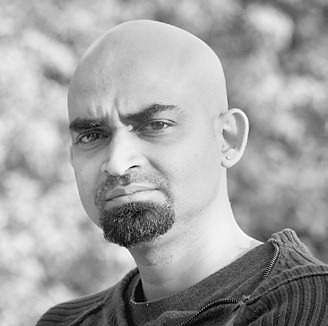 To George, Yusuf Arakkal is a pioneer, about whom he has read and heard a lot. “He is an inspiration to students. I have read about his journey and I am inspired by his struggles and experiences,” says the Keralite, who is currently based in Delhi.

To Rajesh PS, 40, Yusuf’s artworks seemed “deeply communicative”. He adds, “ The loneliness and sadness (in his artworks) is pulling our very sensible part of life.  He was not hesitant to explore other mediums either,” says the Keralite who is now based in Vadodara, Gujarat.

Yusuf’s works inspired Rajesh from his days in art school. “I did not know many artists then. He was among a few I knew. His native place is close to mine. The melancholy situations in his works are there in mine too,” he adds.

Rajesh’s current work is from his solo exhibition in Mumbai. The theme of the exhibition was Last Supper and his sculpture is of one of the principles of Jesus Christ.
The artist who is passionate about his art says that he dislikes hierarchy in the art world.

Murali Cheeroth, another Keralite artist will also be presenting his artwork at the exhibition. His initial impulse and investigation was to try and develop, through painting, a language that could communicate different types of narratives and build a cityscape, for the showcase.

“I think that for me visual connotations  refer to a wide variety of sources in the cultural sphere and contain within them a deep conversation with the history of representation  in visual thinking , which grew out of the drawing in the beginning, each mark having a character, a modus operandi of social behaviour,” explains the artist who is currently based in Bengaluru.

Memories from a Village

Mayadhara Sahu, 28, an artist from Odisha who currently lives in Vadodara is also exhibiting his work at the exhibition.

His work “VILLAGE VOICE” is made in memory of his village. “A lot has changed in the village, including habits and culture. I am working with the antique objects which reminds one of village life,” says the artist.

Ria Rajan, 31, graduate diploma from Srishti School of Art, Design and Technology has put up an artwork that explores light, colour and illumination. “The Moon Box collection is a series of light objects in the form of backlit and illuminated cyanotypes,” she says.

While she confesses to not have been in the art world long, she does share one concern. “I wish there was more support and funding for art in this country,” she says.