Scarecrows were placed in Cubbon park as one of the projects

Last year, a group of 40 children presented on stage The Lion King and it ended with a standing ovation.

BENGALURU: Last year, a group of 40 children presented on stage The Lion King and it ended with a standing ovation.

This year, the children from Bubbles Center of Autism will be presenting The Enchanted Lamp, a play based on Aladdin’s story from the Arabian Nights. The artists have been diagnosed with Autism Spectrum Disorder or ASD and therefore have difficulties in social interaction, verbal and nonverbal communication and repetitive behaviors. Bubbles uses theatre as a therapy, and claims to be the first to do so.

“Theatre addresses attention deficit and self confidence, improves imagination and  concentration and inculcates discipline... all through play, humour, laughter and music,” says Sarbani Mallick, special educator and founder-director of the centre. 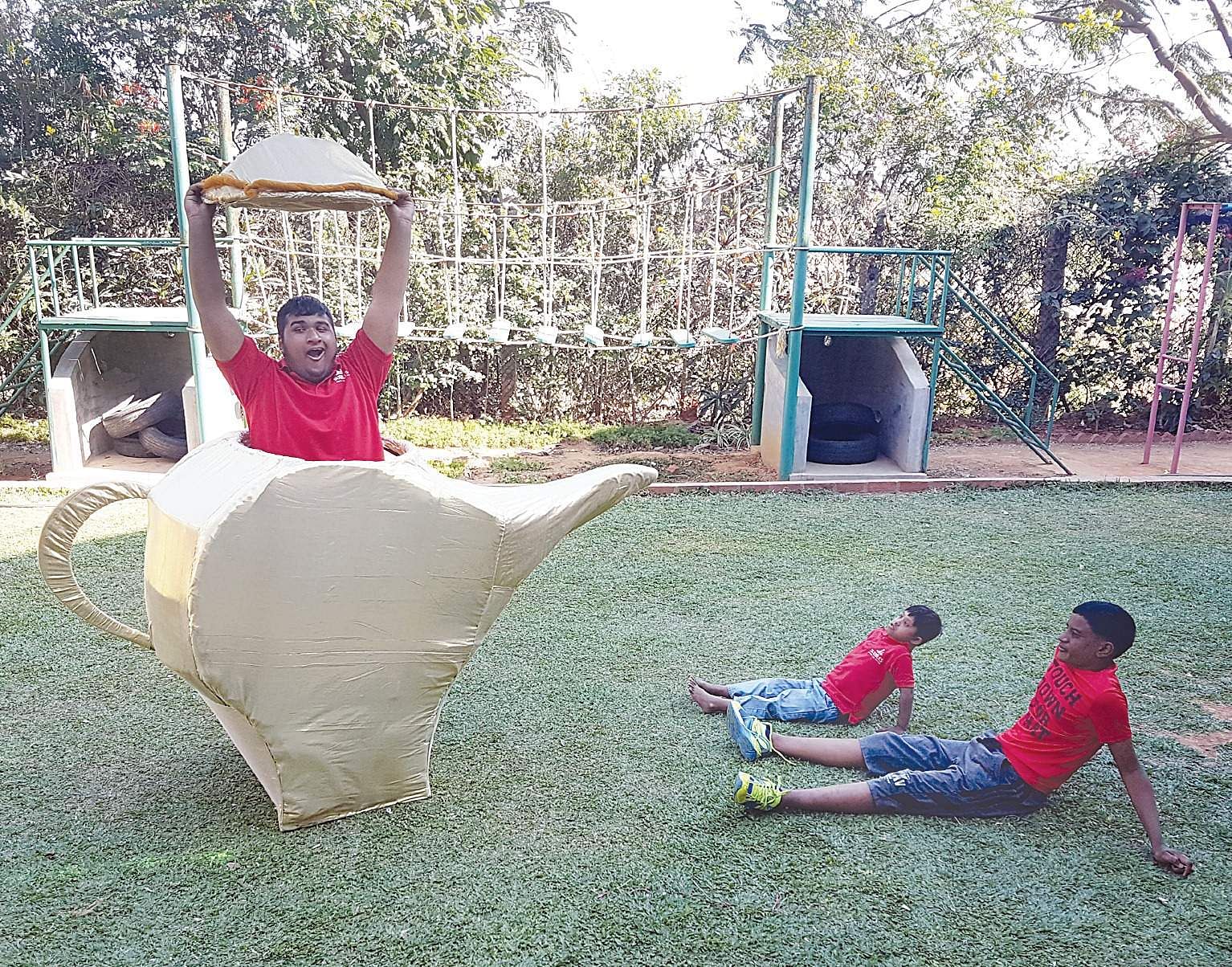 Training the group comes with its own challenges and Sarbani lists a few: “dealing with their social anxiety, sensory sensitivity to sound or visuals, designing costumes with textures that do not irritate them, guiding them to wait for their cue in a conversation, keeping their attention and training them how to convey emotions using their faces or voices”.

The teachers therefore fall back on social stories to the children understand what is expected, make visual schedules to bring predictability in the environment to reduce anxiety and better participation. “Gradual desensitization is another technique used to address sensory overloads, apart from use of reinforcers,” says Sarbani.

Diana Tholoor, who is directing the play, says that needs of each child have to be taken into consideration. “We prepare them for the waiting backstage, for the loud sounds, for smoke, darkness, sudden movement,” she says. “I believe that every child can be groomed into performing like a regular stage actor over time.”

Memorising All the Lines

Do rehearsals and scripts have to be modified to make the children more comfortable? “We generally do not have to,” says Diana, “instead, we prepare them for the overall presentation of the script. The final presentation on the stage always surprises us... generally, people believe that children with autism may be limited in their performance on stage. When, in fact, the main characters would have memorised every other character’s lines.”

Sarbani cannot pinpoint the benefits theatre gives autistic children. But the goals they set for the children, through this exercise, include group participation, reducing sensory sensitivity to loud sound or light and emotional regulation among older children.

Younger children are trained in the basics like tolerance to sitting for a certain duration of time and following environmental cues. “We have noticed a significant improvement in social interaction and communication in all the children, after the programme,” she says.