It was a shameful act by BBMP councillors: Mayor Padmavathi

Says filing police complaint against the men isn’t a solution; council meetings could soon have marshals to keep order.

BENGALURU: After Tuesday’s scuffle at the BBMP council meeting which left five councillors injured, Express spoke to the first citizen of Bengaluru, Mayor G Padmavathi. One of the seniormost women councillors in the BBMP Council, the mayor blasted her fellow male councillors for their unruly behaviour.

Excerpts from an interview

What do you have to say about the violence that broke out at the council meeting on Tuesday? 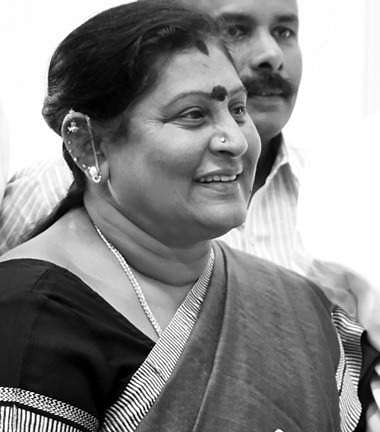 What about women councillors?

Of the 198 councillors in the BBMP council, 102 are women and that includes me. What is the use of a 50 per cent reservation for women councillors when they are just made mute spectators? It was women who were hurt in Tuesday’s incident. Even during the council meetings, irrespective of which party they belong to, these women are not allowed to speak.

Has any police complaint been filed yet?

Two women councillors were injured. One suffered a leg injury and another was left with a bleeding finger. We could have filed a police complaint and suspended the councillors who were responsible for this. But that is not a solution. Our leaders, including the chief minister, advised us to conduct a council meeting and work on civic issues instead.

Yes, looks like we need marshals like in the Assembly. I have close to 30 years of experience in politics and I am a four-time councillor. But never in my political career have I seen such bully behaviour. I will talk to Bengaluru Development Minister K J George regarding the appointment of retired Army men as marshals for council meetings.

Do you have a plan for the next council meeting?