A long, long time ago and in recent times, actors are said to have  fought over movie releases, acting  styles and even goof-ups. Sudeep and  Darshan’s recent spat is  part of a continuum

Sandalwood has time and again seen professional rivalries, but this is the first time a friendship has gone kaput out in the open.

Sudeep and Darshan, who were known as ‘Kuchiku’ friends of Sandalwood till yesterday, may have fallen apart with Darshan’s tweet. Kuchiku is a Sandalwood term for bromance, from the song from 2001 Dhiggajaru starring Ambareesh and Vishnuvardhan.

Though the fans of respective stars had thought they share a strong bond, there has been a deeping crack for a couple of years now. Fans have been asking the two to work together in a movie and, we hear, Darshan wanted to clear the air once and for all and end any such speculation with these tweets. He has placed the cards on the table, telling everyone about the state of this much-celebrated friendship.

We are not sure what exactly went wrong between the two but the series of tweets from Darshan suggest a story. We understand that Darshan was hurt watching an old interview Sudeep had given to a channel, in which the actor said that it was he who referred Darshan’s name for the 2002 film Majestic. This has not gone down well with Darshan, who responded saying Ramamurthy, PN Sathy and Ramesh had helped him get that role.

Majestic was Darshan’s big break in Sandalwood. One of other tweets reads: “This is the first  time, I was watching the viewo and I felt really bad. Why did he give this statement and I need a clarity from him (sic).”

Producer MG Ramamurthy confirmed to a private channel that Sudeep had not referred Darshan’s name and it was Annaji Nagaraj and PN Sathya who had. Sudeep, who is currently touring for Hebbuli promotions, has not responded and this has only fuelled more speculation. While this spat has set many people across Karnataka talking, fans are disappointed with this development.

Ramya Vs Rakshita
The two actresses were once said to have rowed, by commenting on each other’s acting abilities and career. Then Rakshita started campaigning for JD(S) in Mandya constituency, where Ramya was the Congress  candidate. Rakshita was not the JD(S) candidate, but the party won with
CS Puttaraju.

Vishnuvardhan
Vs Rajkumar
In 1973 Gandhada Gudi, Vishnuvardhan (playing a poacher Anand) was to point a gun at Rajkumar (playing the honest inspector Kumar) and Advani Lakshmi Devi (playing the inspector’s mother), and threaten to shoot the mother. The gun was borrowed from a forest officer and when the shoot was about to begin, the officer came charging in shouting the wrong gun was brought to the sets.

The one in Vishnuvardhan’s hand was loaded! The officer came in the nick of time when Vishnuvardhan was just pointing the gun at Rajkumar. Everyone was left trembling and anxious thinking what would have happened if the younger actor had pressed the trigger. Rajkumar’s fans took offence to the whole mix up and went so far as to accuse Vishnuvardhan of plotting the whole thing. Of course, all of this was sorted and the two  actors remained good friends. 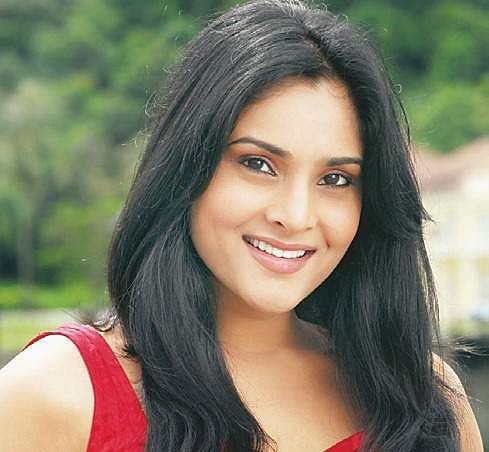 Shivanna Vs kicha
There was a time Shivanna and Kicha were said to have had differences. In 2011, during Dr Raj Cup, teams led by both the actors were playing against each other in Hubballi. Shivarajkumar’s team complained about Sudeep’s team’s lack of finesse and the latter cribbed about seven professional players in Shivanna’s team. The game was meant as a fun match between celebs.

Either way, the match ended badly though Sudeep or Shivanna did not express any anger against each other. Few years later, for an event that was in honour of Dr Rajkumar, a controversy involving the two cropped up again, when Sudeep  did not dance for a song. Strangely, at this event, Darshan was also villified for not dancing and ‘siding’ with Sudeep. All is water under the bridge, with Kicha and Shivanna set to work on Prem’s The Villain.