Summer with wolves, whales and our wild pet cats

We suggest ten books to read through this summer, and we hope you make friends for life with few of the unforgettable characters

BENGALURU: In this age of cynicism and disappointment, our four-legged friends are our best escape into sanity, even if temporarily. This summer, let us help you pick books on animals and pets to experience love, innocence and the brutal honesty of the wild. Here's listing five favourites:

James Herriot's 'If Only They Could Talk'
is perhaps the most endearing in this list. Drawing from his own experiences as a veterinary surgeon in a village in Yorkshire, Herriot talks about the pets he treats and his delightful and humorous experiences with them and their owners. He went on to write a series of books on the same that have transcended time to become all-time favourites with two also inspiring BBC adaptations. 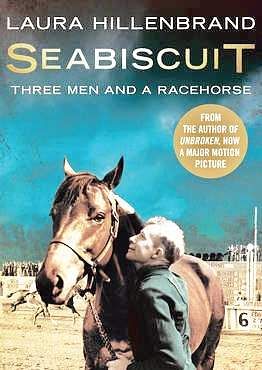 Jack London’s two books — White Fang and Call of the Wild
are on dogs and their ‘wolf soul’. The first is of a wild wolfdog and his harsh life in the Arctic Canada, he is passed around living with many masters until he is bought by a dog-fighter. In the end White Fang finds a home and a near Disney ending. Call of the Wild is also of a loved dog that is kidnapped into a difficult life. In the end, Buck joins his wolf pack.

Laura Hillenbrand's 'Seabiscuit'
quickly earned the tag of an American classic after the non-fiction managed to keep readers hooked (despite the oxymoron here) as it provided a real-life account of Seabiscuit, the most improbable hero in horse-racing history. But what catapulted this book to fame and acceptance among its readers is how it became a symbol of hope for 1930s America, grappling with worst depression in history.

Anna Seawell's 'Black Beauty'
With at least 50 million copies sold,  is perhaps one of the best selling books ever. This classic provides a first-person account of a horse called Black Beauty and his life. Right from his time as a colt to the hardships he faced as a horse pulling cabs, the book provides a realistic account of how animals were treated in the 1870s and a lesson on kindness.

Moby Dick, Henry Melville's novel
Ishmael, the sailor, narrates the story of Ahab, a sailor whose leg was bitten off by Moby Dick and his obsession with catching the whale to vindicate himself. The novel draws heavily from Melville's own experiences and the real story of the sinking of a similar boat like the whaler Pequoad. Apart from giving us a popular opening sentence – "Call me Ishmael", the novel also threw light on the whaling. 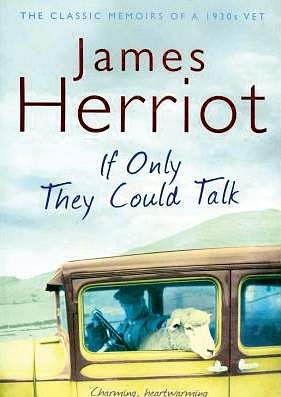 Terry Pratchett’s The Unadulterated Cat
is one that has not been ruined chasing tinkling bells or wearing flea collars. His is the Real Cat that has a bad attitude, peeing on flowerbeds and ripping open your favourite fluff pillow instead of cuddling into it. Read it, you may recognise the wild cat that you live with.

Gerald Durrell’s my family and other animals
is about the Brit naturalist’s experience exploring the fauna of the Greek island of Corfu. The three divisions of the book mainly focus on the three residences inhabited by Durrell, his siblings and his widowed mother over the course of five years from the time the writer was 10. The book is an autobiographical account of his kin and their interactions with the people and animals around them, that marked his initiation into the world of nature.

Habeeb Rehman’s Home for Gori
In this, the hospitality king shares his love for his dogs and particularly the little Gori, an uninvited guest. The book ends soon after Gori’s death with Habeeb living in a house facing her burial site and with 14 dogs. He is happy to be known as a man gone insane after a love for Gori.

JR Ackerley’s My Dog Tulip
is a must for anyone who wants to know what it involves caring for a dog. JR Ackerley’s German Sherpherd is the centre of his world and the author, in his memoir, writes even of guarding her while she answers nature’s call and trying to help her through her heat.