Can a Guru wield more power than the gods?

You can watch a dutiful king defeat a devout rakshasa this Sunday. The moral of this six-hour Yakshagana (3 pm to 9 pm) is that a guru's blessing is more powerful than a god's.

BENGALURU: You can watch a dutiful king defeat a devout rakshasa this Sunday. The moral of this six-hour Yakshagana (3 pm to 9 pm) is that a guru's blessing is more powerful than a god's.
This is the story of a warrior king Karthaveerarjuna who battles the asura king Ravana, and emerges victorious. “Karthaveerarjuna explains why he won,” says Ajithesh Hegde Sagar, who founded the Yakshagana Tapas Sangha, which is a society to promote and research into the art form. “He won because he had his guru's blessing while Ravana only had a weapon blessed by Lord Shiva... guru is as powerful as the trinity (Vishnu, Shiva and Brahma)”. 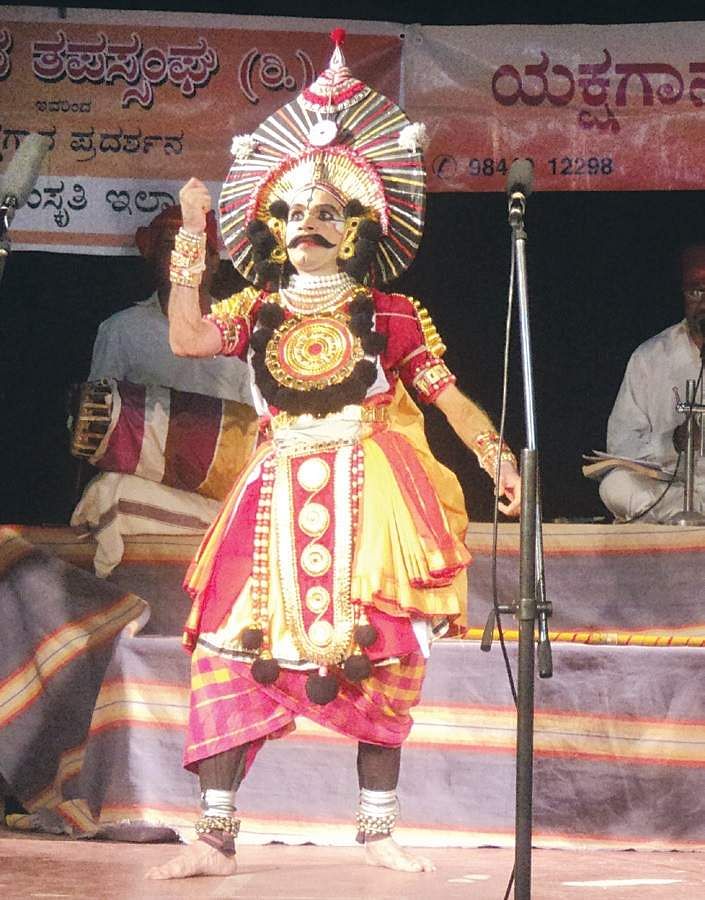 Ajithesh, who is playing Karthaveerarjuna, was once a software professional. Seven years ago, he quit his job and decided to dedicate himself to Yakshagana and founded this society. “I was once proud to work for a corporate,” he says, “then it reached a point where I thought I have more potential that can be tapped if I set out on my own.” Ajithesh  who had been an amateur artiste till then turned a full-time performer.
There is an audience for Yakshagana, he says and people sit through the length of the play, which can be anywhere between 3 and 9 hours.

“Even first timers can follow it,” says Ajithesh. "I have had former colleagues who would come and watch a performance and make comments that are far more insightful that the regular viewers... people get it in the first show, or they don't, like with any art form.” The stories are mostly from Mahabharata and Ramayana.
He has done 30 shows so far but he says the number does not count. “The sadhana (or work) that goes into it is more meaningful,” he says. Ajithesh takes a month to research and get into a character.
You can catch the show on March 19 at Udayabhanu Kalasangha, near Gavi Gangadareshwara Temple, behind Ramakrishna Ashram. Please contact 98440 12298 for further details.