Vasantha Vaikunth has always believed that her being is not only to live but to have something to live for.

BENGALURU: Vasantha Vaikunth has always believed that her being is not only to live but to have something to live for. So, when the aspiring dancer accompanied her husband to Oman in 1970s, where he was employed, she not only danced, but created a platform in the tough country to showcase Indian art and culture.
Today, content that her being has made a difference to how the Gulf knows India, the Bharathanatyam performing artist, who won the most prestigious award ‘kalaimamani’ from government of Tamil Nadu, is on another endeavour, that of a living skills coach. 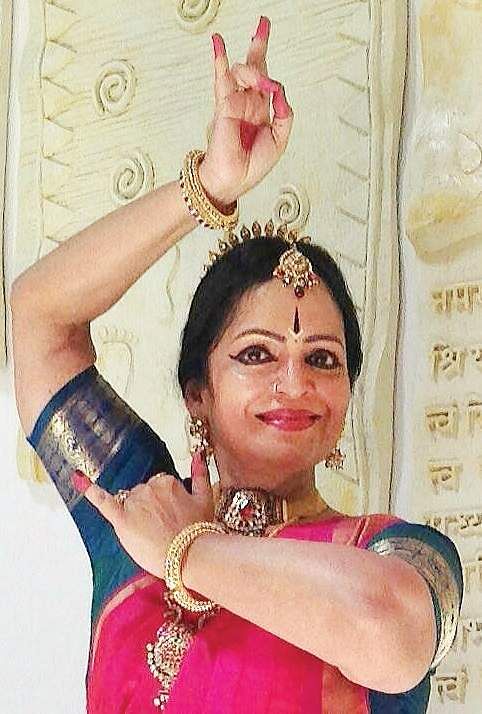 She is launching a futuristic website, ‘lifenliving.org’, an online NGO that has answers to questions related to marriage, parenting, midlife crisis and retirement phobia, loneliness in the techno-infested society on March 17 2017 in Kessaku, a luxury apartment project.
She is launching an online counseling centre and an interactive platform to share views and opinions through the website.

“Phoenix Kessaku will be sponsoring the launch as they believe in art of living being perfected, that matches with the philosophy of my initiative. There will be a display of my curated paintings and dance by the disciples of Kalasri Sathyanarayana Raju during the event,” she informs.
People can contact her through phone, email, or Skype and get immediate responses, she promises and philosophically adds that each person’s life changes, but the inherent need is to accept change gracefully. “Happiness is relevant only when there is acceptance of your life as it unfolds. Every action has a reaction, so before you act, keep the consequence in mind,” says the multi-faceted personality.

She who has spread Indian art and culture in Gulf and came to be known as the cultural ambassador of India, even winning a place as the senior panelist in Bharathiya Pravasi Divas held in Delhi.
“I knew I was in the desert land but wanted to recreate Indian art scene in Muscat and I was able to do it under the banner of Ragavarsha” says Vasantha.
She is also a curator of paintings, and her most ambitious achievement was when she got all the ambassadors of the SAARC countries together under one platform in 2009 for an event called ‘Latitudes: Art Beyond Borders’.
She has also given living skill training workshops in Chennai IIT, Oxford College, Reliance, Forbes and company, Axis bank and Indecomme Global Services among others.