Congress strategy to win both bypolls

Trying to come out of the gloom after the recent drubbing in the recent assembly elections in five states except Punjab, the ruling Congress is gearing up to go full blast in the by-poll for Nanjangud

BENGALURU: Trying to come out of the gloom after the recent drubbing in the recent assembly elections in five states except Punjab, the ruling Congress is gearing up to go full blast in the by-poll for Nanjangud and Gundlupet assembly seats set to be held on April 9.

As the BJP has launched a blitzkrieg with former chief minister B S Yeddyurappa leading the charge in the by-poll, Karnataka Pradesh Congress Committee  president G Parameshwara on Tuesday said Congress is prepared with its own strategy to outsmart the opposition. 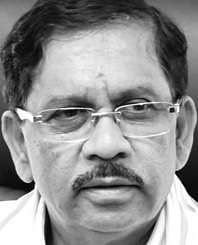 More than a dozen ministers of the Siddaramaiah cabinet would camp in the two constituencies with specific responsibilities to ensure a victory for Congress candidates.

Chief Minister Siddaramaiah himself has taken it as a challenge to retain the two seats, which are in his own political backyard.

Replying to a question on whether the Congress is jittery after the defeat in the assembly polls, Parameshwara said Congress had been facing elections for over 100 years and it has tasted success as well as defeats with equanimity.

“We are not scared. Why should we be? There is no need for us to get scared. We are prepared to face BJP’s challenge,” he said.