These mobile app are cleaning up domlur

Residents of the area are making use of two apps - one to increase accountability of  authorities, another to
monitor waste segregation

BENGALURU: As part of their vision to make Domlur waste free, residents have also taken the help of latest technology.
A mobile app called ‘Swachh Map’ will be launched on Saturday that will help residents report ‘black spots’ in particluar areas such as uncleared garbage mounds, areas that need cleaning etc. The app is being released as part of ta ‘Composting Santhe’ that is being organiSed by the Domlur residents in association with the BBMP. 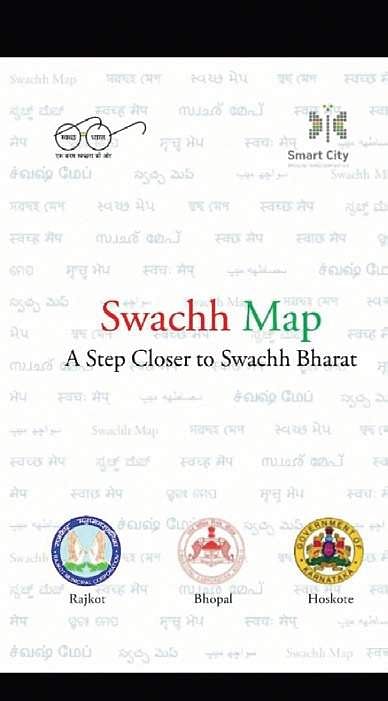 The app was developed by Intel engineers from the city and has already been used by municipal corporations of Rajkot, Bhopal and Siliguri. Another tech that is being tested on a pilot basis in two streets in the area is again a mobile application developed by Infosys engineers that provides for the monitoring of reporting the segregating of waste.
“While everyone was talking about the Swachh Bharat Missions, we realized there was no way to track the progress of work or monitor accountability,” says Vijay Kumar, one of the two engineers who developed the app. Arpit Goyal was his colleague who helped build the app.

The app also has various levels of escalations in case a particle matter has been reported. Starting from an immediate supervisor the matter can be escalated to the level of the commissioner of a particular corporation in case the matter was not resolved at a particular level. Certain colour codes will highlight different levels of escalation. “The app also can also highlight details such as how many wards are performing well, quality of a job undertaken by the contractors or municipal,” adds Vijay.  A supervisor and a citizen will also have different logins.  “While the former can see their complaints from particular areas the latter can report complainants. Not only is it increases accountability but also transparency,” he adds.

The other app for monitoring waste segregation was built by Waste Samaratians. Aruna Newton, President, HAL 2nd Stage Resident’s Welfare Association says that data generated from the pilot study has given quite an insight about the need for such a monitoring mechanism. The system involves geo-tagging and collecting of information about who is segregating and who is not segregating waste. “The app has been designed in consultation with with the dry waste collectors of our ward,” adds Aruna